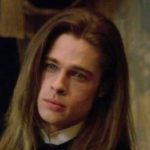 Silas Rosecroft is known by many names one of those names is bastard. He was born into one of the oldest family’s of immortals the Rosecrofts. Now every immortal  specializes in two houses of magic. Silas happens to specialize in destruction and restoration he was a natural when it came to both magic combat and combat with bladed weapons. Silas also had a silver tongue he used his charm and way with words to get whatever he wants. Silas fakes being a nice and caring soul so he can get close to people in the end he just uses them and when he is finished he throws them away. Unknown to most Silas has a sadistic side he does not care who he hurts why well because the only person that matters is Silas Rosecroft. His sadistic side might be unknown to most but one thing about him that everyone knows is his love for art. He will spend countless hours in his room painting to say that he was good at it would be the understatement of the year. Now how about we talk about Silas relationships with his family members. Silas has three brothers and three sisters he is constantly fighting with his older brother Orpheus his two younger brothers  Lui  and Cassius enjoy the fights between Silas and Orpheus. Silas tends to get along well with his three sisters with the exception of his youngest sister Thana. You see how he sees it is that Thana is to full of herself which is rich coming from Silas of all people. He tends to get along with his other two sisters Belex and Victoria. Now on to his parents his father Alaric cant stand Silas yes he loves his son but by the Gods does Silas cause him to want to strangle him. But with Silas mother Jezebel loves Silas the most out of all of her children. Silas is her pride and joy and he knows that so Silas uses that to his advantage from time to time. Silas is seen as one of the strongest Rosecrofts second only to his father this thought drives him crazy. You see he wants not to only be the strongest Rosecroft but the strongest immortal. Dose Silas hubris known no end he never accepts anything other than the best. So now you know about Silas Rosecroft but the question is what will you do with this information.

Long brown hair, Silver eyes, Pale skin, A black rose with a green stem tattoo on his back, Six foot

Now why would I tell you my Secrets