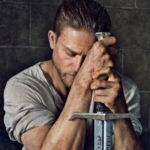 Sir Percy of Scandia was born at the castle of King Arthur Pendragon in England during the first years of Arthur’s reign in the sixth century. Sir Percy’s father was an ally of King Arthur when Arthur was a youth. Sir Percy’s father eventually moved his wife and infant son away from Camelot to Scandia, and following the advice of Merlin, schooled Sir Percy in combat and the knightly forms. When Sir Percy’s parents died Merlin summoned Sir Percy to Camelot, where Sir Percy, acting willingly as Merlin’s agent, publicly playing the fop. Privately, however, he used the identity of the Black Knight to foil the plots of Mordred and to act against the enemies of King Arthur, most notably the sorceress Morgan le Fay.
Sir Percy adopted the guise of the Black Knight in order to serve his king in a dual capacity: One, an unassuming man of the royal court, and the other, a mysterious avenging champion. King Arthur’s court magician, Merlin, gifted Percy the Ebony Blade after enchanting it himself. The blade was forged by Merlin from a meteorite. Percy is the eighth Black Knight, the seven before him got corrupted by the Ebony Blade, but Percy was not.

As the Black Knight, he serves at the court of King Arthur Pendragon as his greatest warrior and one of the Knights of the Round Table. Sir Percy’s greatest foe is King Artur’s nephew Mordred. Percy is always trying to gather evidence of Mordred’s treachery.

POWERS & ABILITIES
-Powers
The Black Knight possesses no superhuman powers.
-Abilities
The Black Knight is a master of swordsmanship, of horseback riding, and of all forms of combat known in Britain at the time of Camelot.
-Strength level
The Black Knight possesses the normal human strength of a man of his age, height, and build who engaged in intensive regular exercise.
Paraphernalia-
Equipment
The black Knight traditionally wears a suit of black armor given to him by Merlin and a shield emblazoned with his yellow eagle. The Knight’s armour was enchanted to be invulneralbe to any weapon, except one made from the same metal as the Ebony Blade.
Transportation
Sir Percy frequently rides his steed, Thunder.
Weapons
The Black Knight wields the Ebony Blade, a legendary mystical blade crafted by Merlin, with several intriguing, unique properties. 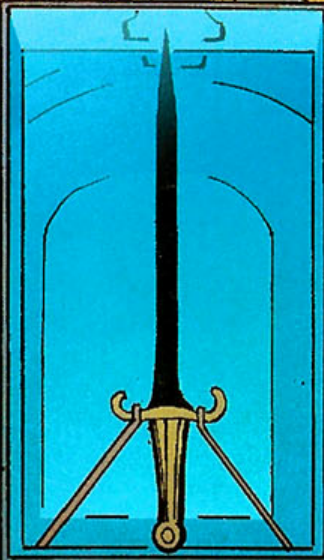 The sorcerer Merlin came upon a strange black ore called the Starstone, apparently the site of a fallen meteor. He forged the Ebony Blade and Obsidian Dagger out of the material, using his magic to empower the blades.

The Ebony Blade was carved from a meteor, and enchanted by the wizard Merlin for Sir Percy of Scandia, the first Black Knight. Because of all the blood that Sir Percy sheds with the blade, it will eventually acquired a curse. This will end up transforming Percy into Bloodwraith.

The Ebony Blade deflects most magical attacks. When angled in a certain way, it can instead absorb energy directed at it. It seems mostly immune to magical effects.
It can cut through any substance (except other enchanted weapons or extremely strong metals like adamantium), even piercing Iron Man’s Extremis armor with one slash, though how much of a certain substance it can cut through depends on the strength of the wielder. The sword is also indestructible.
The blade and its wielder are linked. The wielder can be transported to the blade’s location through mystic ceremony. In a few cases Dane Whitman has been transported into the body of an ancestor to wield the blade.
Merlin has enchanted the blade so that its wielder can be injured, but not killed. The one exception is when the wielder is attacked by a weapon forge from the same starstone as the blade (such as the dagger Merlin himself crafted).
The link between blade and wielder means that evil acts committed by the wielder can taint the blade. If used to spill too much blood in evil acts, it will begin to crave blood, and induce the wielder to kill even more. If enough blood is shed the wielder becomes the Bloodwraith. Only a worthy person can resist it.

The Ebony Blade holds a curse. And, as stated previous, there is a link between blade and wielder means that evil acts committed by the wielder can taint the blade. If used to spill too much blood in evil acts, it will begin to crave blood, and induce the wielder to kill even more. If enough blood is shed the wielder becomes the Bloodwraith. Only a worthy person can resist it. But, if something happens to Percy, he could succumb to the curse.

If it does occur, he will become overwhelmed and controlled by the souls of those whom the sword has slain, which would turn Percy in to the Bloodwraith. The Bloodwraith is dark in color and appears in costume. The sword constantly craves new blood to add, and those it has slain, finds their souls locked in an eternal battle of good vs. evil in a dimension inside the sword.

Bloodwraith rides his winged horse, Valinor, and is an expert swordsman. He can control the ebony blade rather like a telekinetic. When separated from the blade, he can sense its presence and instantaneously teleport to its location.  The ebony blade can slice through anything and, previously, will curse its wielder with petrification if its wielder uses the blade to draw blood. 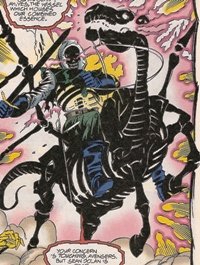 There are times he can appear rather skeletal and can channel powerful blasts through the sword. If powered by the Slorenian souls, Bloodwraith will become composed of an energy unknown to man and will grow to giant size. 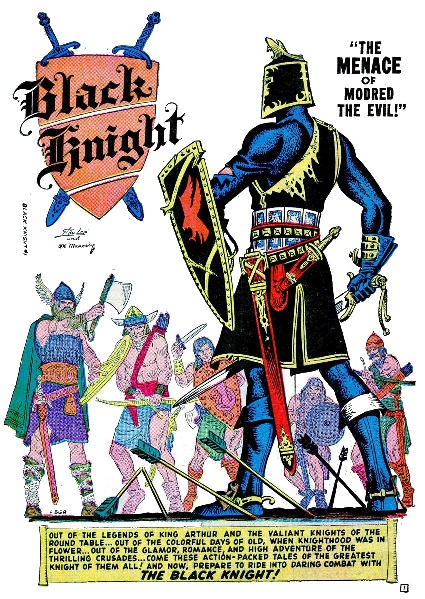 Affiliation – Knights of the Round Table