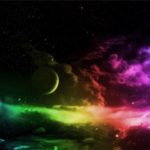 Abandoned at 8 years old, she is a powerful hybrid of Lycan and Demon. Able to shift into her feral Lycan wolf at will and to switch through her Demon void whenever she wants to, shes a headstrong, stubborn, and independent leader.

Before training to become a Captain in the military, she was raised by angels and given their last shreds of power to keep her Demon at bay, now when she shifts her wings are half white, every day becoming darker and corrupted with her growing Demon.

She joined the military at 18 years old and after 4 years of service, she began to succumb to her demonic instincts and failed her psych-evaluation. She had to leave after several traumatic experiences and took on assassination jobs for money and connections.

Eventually, she was diagnosed with depression and possible multi-personality disorder (untrue, she knows it’s just her demon) then recommended therapy so she had to abandon that job.

She uses her Mafia and other shady connections to sleep on a few couches and drink away her immortal days.

She was born from the family of Lycans who openly practiced their magic despite the wishes of the town when her mother revealed she had relations with a demon that led to Ryder’s birth, she was cast out and left on her own at 8 years old.

She couldn’t fend or support herself and on the 3rd day of being on her own, she passed out from dehydration, only to wake up being held hostage by angels who desperately attempted to ‘heal her soul’ by raising her.

When her inner demon woke, they gave their last bits of magic to keep it at bay, infusing her with celestial angel magic that mixed with her demon. Now when she shifts to her demon, her left-wing is pure white and she can use angel magic from her left side. Her demons are on her right.

Short red hair, shaved at the sides and back, blue eyes, full lips, and a few scars going down her neck.

5ft 9, wardrobe consists of mainly black hoodies and t-shirts, she wears her old dog tag from the army as a reminder and comfort that she was once part of a family.

Always carries several throwing knives with her and has a fully decked out armoury at home.

On her last few months as a Captain in the army, before she failed her psych-evaluation she had orders to go with her team for a mission to push and spy on the enemy platoon, the event ended in her and her partner being the only ones to escape a massacre when the enemy was hit with several bombs.