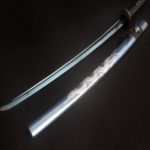 Pansexual- so anyone, really

Name: I go by Spade, but that’s not my actual name.

Story: I’m a assassin-for-hire, trained by the very best to do the very best. Anyone who has the money I will work for. I don’t care who it is I need to kill as long as I get my share of the money. I can do just about anything: hand-to-hand combat, sniping, martial arts, bow and arrow, etc.

Other details: Many scars all over body. Missing ring finger on left hand.

When I was very young I was taken from my parents to be some mob bosses secret weapon. They trained me up until I was ‘ready’ and forced me to kill a strange man and woman they had held captive. Only later I found out they were my parents. I still feel guilty about it 10 years later but I have to live with it.