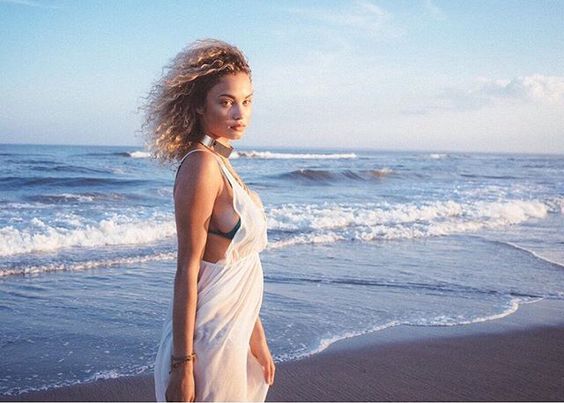 THE STORY OF A SIREN PRINCESS

For many years, a Mer-King named Cyraeneus and his beautiful wife, Mer-Queen Aquamarine were without a child. The deepest parts of Elba were without an heir. However, after praying to Poseidon for what felt like too many moons, they were blessed with a beautiful mer-child. A girl. And on the day of this mer-child’s birth, she was named Coraline Milou. A name meaning “snowy coral of the sea”.

The kingdom held a big celebration for the princess. A celebration that became a tradition each year on her birthday. As the years went by, Coraline grew into a beautiful young woman with sand-colored curly locks and kelp-green irises. Her tail was just as breath-taking. So long, and powerful, and a shiny aquamarine color.

At the age of sixteen(16), she was a refined mer-princess to all who laid eyes upon her. But when inside the castle, Coraline was without a doubt a troublesome, clumsy, and distracted young teen. Always off, exploring every inch of the castle, playing pranks on the guards. At times, she would wander away from the castle, going through the village and playing with the other mer-children as if she were a commoner as well.

However, on her eighteenth(18th) birthday, Coraline gained the knowledge that she was to be married to a mer-princess that she knew nothing about. Who was he? And why was this arranged marriage a requirement? She wanted to marry out of love, not status. But her father cared not for how Coraline felt.

Her mother tried to reason with Coraline. She told the mer-princess that the marriage between herself and her father, was in fact, an arrangement. But this attempt did nothing to persuade Coraline. The young princess did not want any part of the arranged marriage. The next day, Coraline had left the castle, swimming away from her kingdom and never to be seen again. THE PHYSICAL ATTRIBUTES OF A SIREN PRINCESS

There are two(2) sides to this beautiful seafaring femme. The childlike Siren princess with a tail so bright in its color, it’ll be the first thing you see. And the lovely young land faring femme who’s voice is so soft and beautiful, you’ll forget all your worries at that moment.

As she is from an underwater kingdom near the largest island of the Tuscan Archipelago, and the third-largest island of Italy, which is named Elba, her skin is a natural soft beige and smooth to the touch. She has beautiful kelp green hues and full shaped lips. Coraline is slender and athletically built both in and out of the water.

As the seafaring femme, she has a tail that is seven feet in length. It is a shiny aquamarine color and is as strong as it is beautiful. With its length in mind, she is approximately ten(10) feet long and weighs approximately two-hundred(200) pounds. She rubs her tail with jellyfish to give it that extra shine. Unfortunately, this also makes her tail slimy to the touch. But no less beautiful.

As the land faring femme, Coraline stands to be five feet and seven inches(5’7″) tall and weighs approximately one-hundred and forty-one(141) pounds.

THE PERSONALITY OF A SIREN PRINCESS

Coraline is an all-around cheerful young woman. She is very outgoing and friendly to strangers and has a curious aura about her. To the seafaring world, she is beloved by her people. And to the human world, Coraline is a being of beauty and mystery.

Caring and kind, she wishes to help where and if at all possible. She loves all creatures great and small and wants to befriend everyone she meets. Coraline is a curious being in this new world of land people with all of their trinkets and dohickeys.

Being as curious as she is, Coraline always has a question about everything. “What is this?” “What does it do?” “Why does it move like that?” “Why does that creature make such a sound?” It’s almost funny, yet cute how she questions everything. As if she were a child in a new world. Which, to be completely truthful, that is exactly what Coraline is online.