I was born a full blooded Saiyan, long after the destruction of Planet Vageta. I don’t know much about my history, my parents were the uh… strong… silent type. Nice people, good parents, but people of very few words. Of course, my parents were not quite that strong – so I try to be nice by adding that in.

At the age of six, I was introduced to Gohan. The old man was odd, but I was told his father was even more so… Though my father wanted Gohan to train me, Gohan denied. Too old, he said. It wound up being Krillen that took up the mantle as my first instructor. Grandson of one of the original Z-fighters, he had trained under his grandfather, Goku, Gohan and a number of other incredible names.

I had a few others aid in my training since, but for the most part I never had a reason to actually push my battle strength beyond sparring. No real threats to my life. It was… boring… So the moment I learned a technique to travel far enough, I started seeking out a fun new place to begin my own training.

And, in probably the most entertaining story ever, here I am! 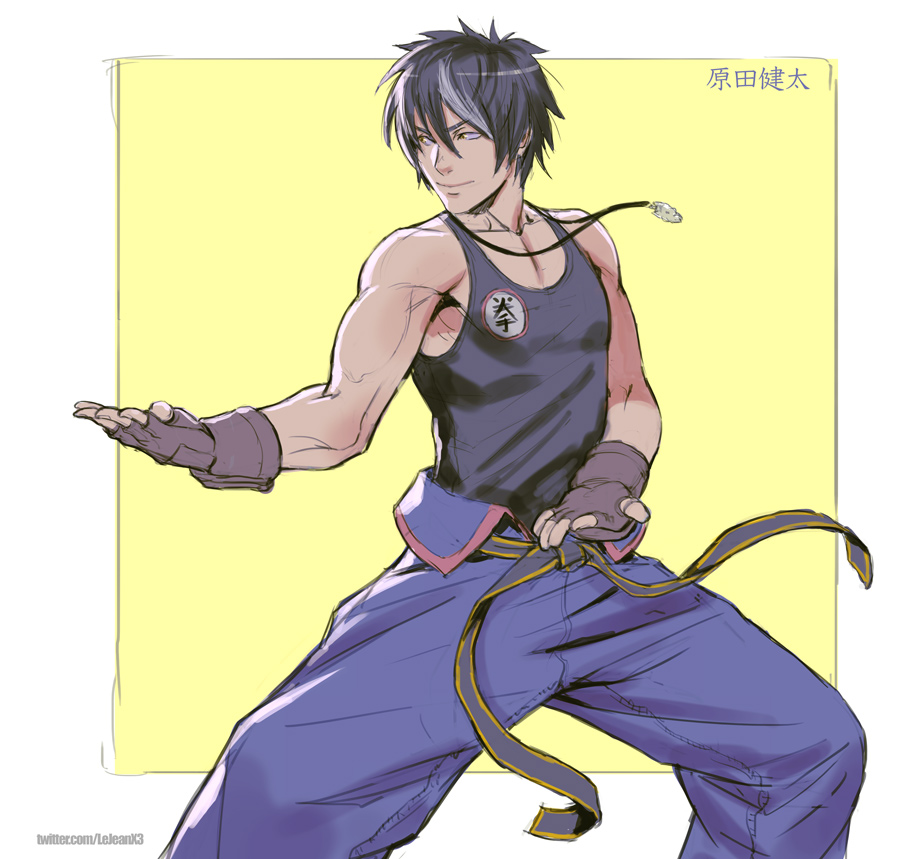 Soibon is not the bulkiest in muscle when compared to his race. The young man of nineteen stands at six foot, two inches tall and weighs in at just under two hundred pounds of muscle mass. Unlike most Saiyans, his hair appears to follow the laws of gravity. For the majority, his hair is as dark as those of his kind. There are a few silver strands, as if age had taken the young man early. The sign of aging is nonexistent elsewhere. He appears as young as he is; a youthful nineteen year old.

The young Saiyan has two other oddities; the first being his eyes. Instead of the usual dark eyes, his are a brilliant amber. They seem to swirl and brighten when he focuses his ki. The second oddity is his tail; instead of brown, it is as black as his hair, and seems highly dexterous when compared to others of his kind. Whether it still shares other traits is to be determined.

Often, Soibon can be found in a blue gi with a gold trimmed black sash. Sometimes, he will forgo the long sleeved shirt that completes the uniform for sheer comfort. He cannot be found without his gloves or wearing shoes – and never EVER without the little sliver of bone he wears as a necklace.

Moral training is more difficult than mental, and tenfold moreso than physical.