I hail from the land of Skyrim yet the origin of my kind, the Khajit, are from Elsweyr. To be honest, I am not sure where I was born. Orphaned, I was pass along person to person seeing I was too young to be a slave, and too young to fight.
Through the years I learned not many are keen of the Khajit. Some believe we are bad apples, cunning bandits and untrustworthy. Of course there are towns that are kind and accepting of others. As long you are kind, they are kind to you. A lesson well learned as I grew of age to be on my own.
I was crossing the boarder when suddenly a ambush of Imperials attacked. Caught in the middle between rebels and Imperials, I was sentence to deaf, despite my name wasn’t on the list.
Once I saw the gleam of an axe, I turn my head away from the prisoner before me. It was easy to hear the blade slice easily through the flesh. They didn’t bother moving the body when it came my turn. I will spare some the details but, I will say everything changed once THE dragon attacked. Stopping my execution…Forgive me if my story is choppy, I feel like as if a new life has been given to me. With this new life, what will I do next?
River the Wood Elf (Caiwen)

Not much is known about my past, even my name is cast in a hidden veil. I been named River, at least that’s what the sailors have been calling me. I was found within a two days ride by horse back from WhiteRun. Laying on the banks of a large river, I woke up surrounded by the captain and his two sons. The captain took pity on me and offer work on his ship. A place to stay, to rest, and work, what more can I ask for? During my stay with the captain’s crew, I been nicknamed Sea Lass due to be the only the female onboard the Sliver Fang. All seem well, I was starting to feel normal, even though the men taunt and tease me. It wasn’t until the full moon I learn everything, anything, wasn’t as it seem. A new fear for myself and for those around me…
Ru the Thief  (Anruvan Vici) 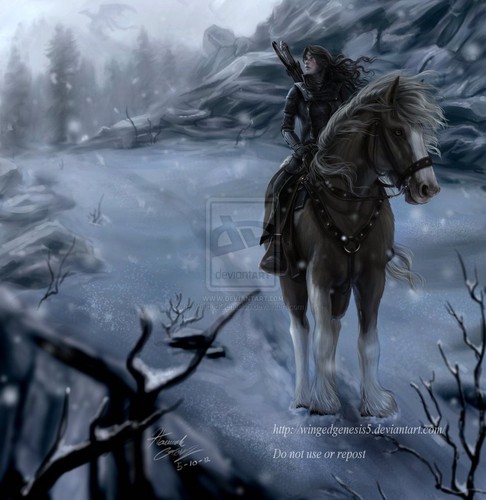 Ru’s life isn’t made up of a fairy tales and pretty sunshine yet, being half Wood Elf and half Imperial wasn’t so bad in Bosmer, the homeland of the Wood Elves.
Until she was forced to make a choice, a choice that caused her half sister Caiwen (River) to send Ru into exile. Seeking out her biological father in Skyrim, she lives with him for five years until once more her fairy-tale life was ruined.
Boredom, training, acting, living the life of a young noble was so dull compare
to her old life back in Bosmer. One day, during her father’s trips to Riften, she couldn’t stand the boredom any longer. Sneaking past the guards one night, the servants, a few more guards she was free! Free to roam as she pleases! Under the cover of night and creepy shadows which now fills her a positive thrill of fright. In the city of thieves, why would a young noble worry about thieves? They were after gold, not out to harm children. At age 13, the sparkling sapphire dangling around her neck caught the eye of a thief.
Expecting a struggle, the thief was surprised Ru not only hears her coming, also hands over the sapphire necklace with only one condition. “Show me your world and I promise I won’t scream for the guards.”
Of course the thief, tricked Ru, leading her all over town until she found the perfect moment to ditch the half-ling. Oddly enough, the thief Karliah shared Ru’s stories that she shared during their long walks. Sharing tales of what Ru claims to be capable of to Gallus Desidenius, and Mercer Frey. Of course before anything was said and done for Ru, there were “games” she had to win in order to SEE the guild. Take, hide, sneak, it all seem life once more was becoming more exciting. Before long she left the noble life and became a thief. Alas, through the years the happy story came to an end with the beginning of betrayal, and the deaf of Gallus. Then again, there will always be secrets.
Nivi Arodeth

Nivi, it is told it means snow, and Arodeth means noble. Often when addressing someone, one often refers to last name when spoken. I suppose you can say my name is Noble Snow but, my history, our history of the Snow Elves, have been buried for thousands of years. Like my family before me, I spent my whole life hiding, hiding in the snow, caves, anywhere to conceal myself. I been hiding for so long, I am beginning to feel like a wild animal. Not knowing my history, not knowing the names other than my small family. I don’t see them as often as I would like, staying separated in order not to draw attention. I wonder though, like many before me, how long must my race keep hiding? Is my family still alive? I hear the roar from the sky, filling me with fear. Has the dragons return? My the great snow, how long has it been since I been hiding? Am I now the last of my kind?
Victoria Scarlet-Rose 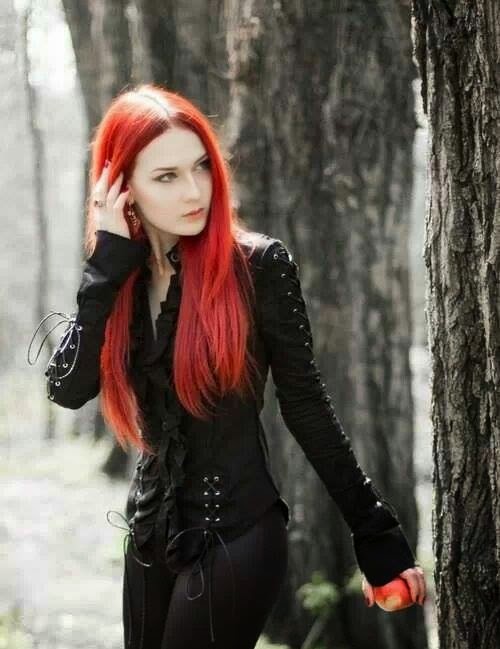 A young vampire who is living a new life after losing most of her memory. The smell or roses, darkness, and a sense of being noble is the only things she remembers. Should she care? Or press on to a new life? With the ruins of the past behind her, she is for the most part friendly until, her hunger shows the beast from within. 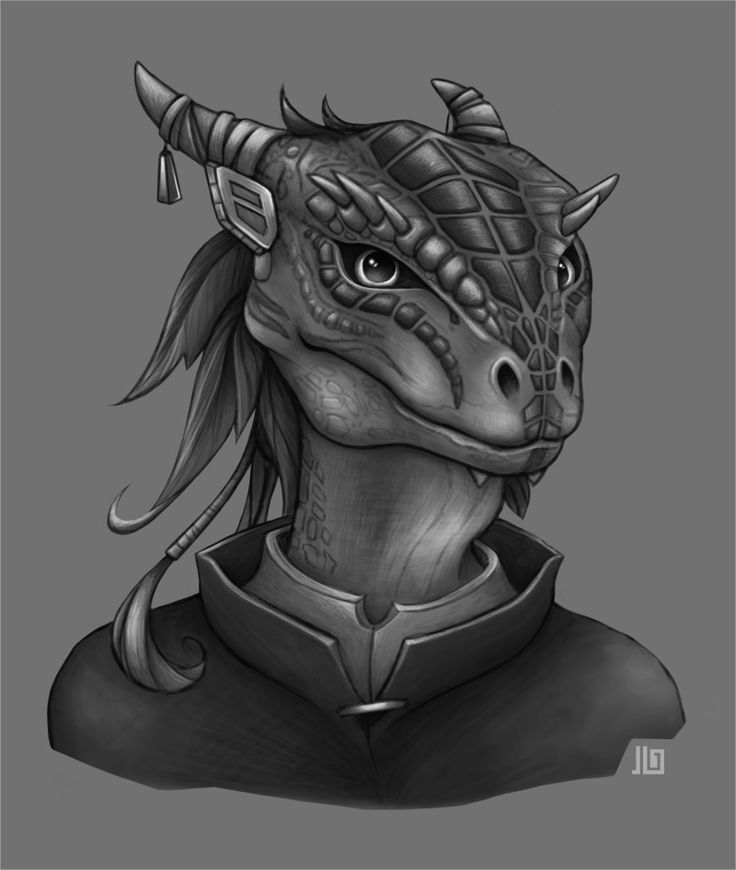 Going by a false name Asrin, she lives an ordinary life, who works as a black smith at Argonian Assemblage. The Assemblage is a collective residence located off the docks of Windhelm, only the Argonian people are segregated to this location. Asrin keeps mostly to herself and her work. She will ask very little if no questions to anyone, even to her own race or in casual chatter. She does her best to avoid any kind attention, whatever that be males trying to court with her or creating tension among the assemblage. Her past is shrouded in mystery and for good reason… 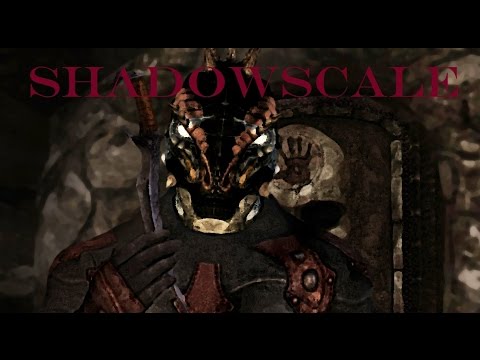 Artina’s (Asrin) twin brother was Veezara who was also a member of the ShadowScales. Born under the sign of  the shadow sign in the Black Marsh. Taken at birth, the twins were trained since childhood, they learned the art of stealth and combat. They serve their province as assassins, just like the Shadowscales before them. Shadowscales have historically been used by the King of Argonia as a means to end conflicts and wars without major bloodshed, and to gather information on potential foes.
Artina’s Brother, Veezara In the ages of the past, the Darkbrother hood and other known assassins were brutally hunted, slaughtered, and things worse then death. The Shadowscales were dying off and Artina knew it and wanted to escape and start a new life, a life without the Shadowscales. Believeing the Shadowscales gave him purpose, Veezara refused to leave the path of the assassin. Verzara and Artina parted bitterly, never to see each other ever again.