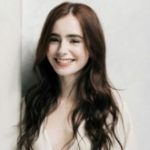 NOTE: HER IMMORTALITY DOES NOT MAKE HER INVINCIBLE!!!!! SHE HAS STRENGTHS AND WEAKNESSES, SHE JUST DOESNT AGE!!!

i am the daughter of the storm

Piper Redbird. Native American Princess. Storm bringer. Immortal warrior. Long ago, before she was all these things, she had been the princess of a tribe of ancient peoples called the Dajaho. Feared by other tribes around them, the skill of their warriors spoken of throughout the land, they had no problems. A wide untouched expanse of wilderness for their territory, skilled hunters, determined gatherers, and a smart leader, the Dajaho seemed to be the perfect tribe. But Pipers father, Miasco knew that they must make an alliance with the Cherokee, or else their tribe would die out, forgotten and unexpanded.

Piper hated this idea. Her father had always disliked the fact that Piper was more of a lone wolf. She had taught herself archery, combat, horseback riding, and even how to survive on her own. Instead he wished her to earn silk weaving, and pottery, and (in Pipers opinion) all the other useless things the other women in her tribe were forced to learn. But, he tolerated her defiance, as long as she tolerated the others in the tribe with grace. So when her father introduced her to Lanfey of the Cherokee tribe she grew angry. She refused to be married off to the brute, but her father refused to listen to her, and the tribe began to fall apart. Older members supported Miasco, while younger members supported Piper, driving a wedge between the two sides of the tribe.

On her wedding day, the wise woman of her tribe came to her hut. She dressed her in a beautiful dress, braided her hair with lilies and lilacs. And right before Piper was pulled from the hut, the woman took her hand, and pressed something in it. “Wu-Tsi-Ge-Ya-Dila” Piper had pulled back in shock. “Storm daughter”? She stared at the woman, who just smiled sadly, and swept from the hut in somber silence. Piper opened her hand, and stared. A shard of needle sharp bone was pressed into her palm. She barely had time to think before her father shouted from outside. She hurried out, shard clutched tightly, and from across the clearing, she caught the woman staring at her, mouthing the word for storm daughter to her just before her father began to drag her along.

Both tribes had gathered to watch the ceremony, children, infants, mothers and fathers, grand fathers and grandmothers, as well as the wise women. Overhead a storm brewed, and lightning struck in the distance. She was quiet as the other wise woman began to recite the old words. The bone was clutched tightly in her hand. All was well. Until Piper heard the wolf’s howl. Her eyes flicked, and behind the woman was a beautiful, sleek timber wolf with mottled orange fur. But its eyes were the dark grey of the brewing storm overhead. Another crack of lightning struck, and it was then, that Piper gave up on trying to concede with her father. She struck just as the wolf lunged.

Faster than the eye could blink, Piper lunged forward with a snarl of rage and slashed the bone across Lanfeys’ throat. She heard the cries of men as the wolf attacked, and three men surged forward to attack. She slashed with the bone, and from the corner of her eye, she saw the wise woman seem to shed her skin, until a panther the size of her hut was snarling at throwing any who opposed her. A yell came from Pipers left, and she whirled to see her father charging the wolf with a spear, but the creature was locked in combat with another warrior. Piper screamed, and felt a tug in her gut. She threw her hand out, and lightning arced from the sky. Before her eyes, she watched as her father flew through the air, slamming into a tree, and crumbled into a charred heap. She stared in shock, and suddenly the wise woman was there, speaking in an odd language. The wolf bayed, and leaped forward to her, and the wise woman lifted her with ease, tossing her onto the wolfs back. She shouted something, and the wolf shot forward, her fur turning ice cold, but somehow Piper was able to hang on to its neck, while squeezing her eyes shut tightly.

During their flight, Piper had fallen asleep on the back of the wolf, but when she awoke, she was in a dark room, dressed in a pair of deer hide leggings, furred boots, and a thick skin wrapped tightly around her chest. Confused, she sat up, and glanced around.

“Your awake.” The voice had her flinching, and she snapped her gaze to the wise woman in shock, tilting her head at the odd language, wondering how she understood. “Where am I?” Piper said softly.

“Elk swamp. Who taught you to fight like you did Piper?” She blinked. “I taught myself… who are you?”

“I call myself Little bird. You taught yourself? Did you teach yourself the lightning call as well?”

“What? Little Bird did you plan all of this? How did I do that with the storm? And why did you call me storm daughter?”

“Yes I planned all of this. And I called you storm daughter because you are a storm daughter. You are the storms last daughter, and the most powerful of our sisters.” Piper stared at her incredulously before scoffing.

“Children of the storm are not real. They are legends made up by mothers to scare children.”

“Oh that’s ridiculous! Tell me, who is your mother? Does anyone even know her aside from that idiot you called a father? NO! You are born of storm! If you weren’t, you’d have burned the moment you looked into the eyes of Tempest. Instead you attacked in unison. You are a storm daughter. Why else would the lightning respond to your anger?”

“I should have used the bone on you! You’re an insolent child! You expect so summon a storm using stupidity? The storm couldn’t have sired you, because you’re a mistake.” She slammed the palm of her hand against the back of her head, and spots danced in front of her eyes. She felt her hold on her anger slipping, and a familiar tug, deep in her gut, before she screamed. “I am not a MISTAKE!” a crack of thunder sounded, and she let lose a burst of energy from her chest. An invisible force slammed into Little bird, who crumbled. Pipers vision went black, and she too crumbled.

When she awoke, Little bird was grinning widely. “You summoned! There is hope for you yet! Again! Now!” And she did. She focused on her anger and sadness and everything else, and channeled it. Energy crackled, and her ears popped as static danced over her fingertips. She grinned wickedly, and Little birds eyes widened. That afternoon, Piper and Tempest chased a laughing Little bird through the forest, jubilant that Piper had powers.

A week later, disaster struck. Warriors of her tribe tracked them, and there was a great fight for Piper. Terrified Piper would be captured, Little bird called on a storm, and sealed Piper and Tempest away, hidden, and in a comatose sleep, before giving her own life to ensure their safety. Almost six centuries later, Piper and Tempest have awoke, in modern day Hellifyno.  Piper put her skills to good use, and opened a gym of sorts, teaching anyone who seeks out her wisdom. Unfortunately, since she was turned immortal at the age of seventeen, she is still taking highschool classes during the day, works her gym at night, and when free, she works a bit of a… ‘man Hunter’ job, tracking down escaped, or lost, people for the right amount of cash.

The following clothes are for certain occasions.

When on a hunt one of these are usually worn:

Casual: (something of this style)