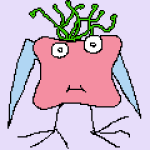 Powers: To control fire and the air around me. Can fly short distances. Can turn into Phoenix but only at full power.

Strengths: being in my element and fighting, very athletic.

Weaknessess: being restrained, and tortured, being near big pools of water, can be shy as I am a masochist and sadist.

Species: half elemental half human

Mother was an elemental controlling all seasons, summer, autumn, winter and spring.

She fell in love with an earthling man, And had me.

Personality: usually reserved and quiet, but once I get chatty I Can’t stop!!

Gets shy around new people and about having fetishes etc.. once I get fighting I get really fired up. Hates being humiliated, but doesn’t mind it sometimes. Loves being in control of a situation and has a few tricks up her sleeve. Always likes planning things, though doesn’t mind a bit of improvising in a situation.

An immortal being from another realm

Earth men. People from my realm

All my life he has been hunting me, like I’m some sort of gem he must have. He has an obsession with me, he says he loves me, but he just wants me for one thing. He wants my power, he craves it for himself. But if he has it the whole world will perish- all realms and other worlds will die.

He lurks in the shadows, that is his power, he is darkness. He is the shadow. He infects people like parasites.

Though I am his sworn opposite. I am the light, I am fire, though not just any fire, the eternal flame, I make things glow and gleam. My sword of flame is unbreakable. I am half human hence why I travel to earth alot.

He killed my parents when I was little. I despise him for that ever since I found out. I want revenge, I want to kill him, but most of all I never want to see him again, I don’t want him in my life, after everything he has done to me. It was torture. All those times he managed to capture me and bring me to his lair, was just torture.

We we’re friends once, before he changed, we we’re best friends, her and I.

See she was taken by the evil government, from our orphanage, but it wasn’t meant to be her, they were only looking for boys, strong men to fight their wars. They saw their mistake, So they changed her, they made her a monster, tortured and turned her into a evil darkness. HIM. They turned her into a boy.

How could they have the right to do that? We we’re lonely orphans. But she peotected me, so they wouldn’t take me, she saved me. Until they changed her. Then she become a monster- a killing machine.

/S/he fought their wars and only knew of death. But then he found me, and since that day has been obsessed with me and hunting me down. They control him still.

He Always finds me, no matter what realm I’m in. I’m forever on the run from him. He blames me for then turning him into a monster, yet he ruthlessly killed my parents. I didn’t know it then but I searched for answers and I got them.

Sometimes I wish I didn’t know but I do.

Now I have no place to call home, I’m forever on the run, forever fighting him.

This is my story….

I am heir to the throne, royalty, in my homeland, but I swore I’d return once I got my revenge.

There is always hope, and to never give up, even though things seem impossible.