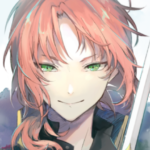 A soldier from the Planet Windermere, an alien race from a far off star system. Specifically, a self-proclaimed ‘sky knight’; one of the greatest avian fighters their military can train (though, he’s still technically a cadet).

A knight blessed by the sun!

It's supposed to be a secret, but… men…

Born on Windermere, a distant planet in a far away star system, Clarion was born to a modest orchard family where he was the only child. At age nine he left the orchard and joined the Windermerean Army with an aim of being a pilot, especially one of the highly coveted Sky Knights. Amidst his training, he’s been sent on multiple missions to far corners of the galaxy and to star systems beyond, even if interstellar travel is something light years away from being accepted on his home planet.
—-

Windermerens are a proud people, deeply connected to their own race and planet. They have a strong belief in what they call the “wind” which is like a flow of energy more than actual wind. Every few centuries a “Wind Singer” is born who is seen as having the strongest connection to Protoculture. These are also gifted with more power compared to the average Windemerean. In their orginal belief the Protoculture left behind a “Star singer” which was a priestess that then later passed down her powers to those who are now called “wind Singers”.

They are most known for their Runes which look like a part of their hair just with a different colour. They have several shapes and colour depending on the person, and a person can have either 1 or 2 of these. Their runes are something like a “nerve” because it has a lot of roles. It can shine different colours depending on the person moods, so it’s like a person showing expressions. People are able to control their runes when they get older so it doesn’t constantly show their emotions. Runes are also Receptors which is why Windermereans can’t become infected with Var.

Their Runes are also a direct antenna into their minds and thoughts which is why they react strongly if someone touches it. Windermereans don’t let each others Runes touch unless the person is really close to them because it connects their emotion and “current” thoughts. When a Windemerean dies their Rune “runs out” meaning it loses it’s colour and shine. No matter how amazing their Rune’s power actually is the price for using it is their own life-force. 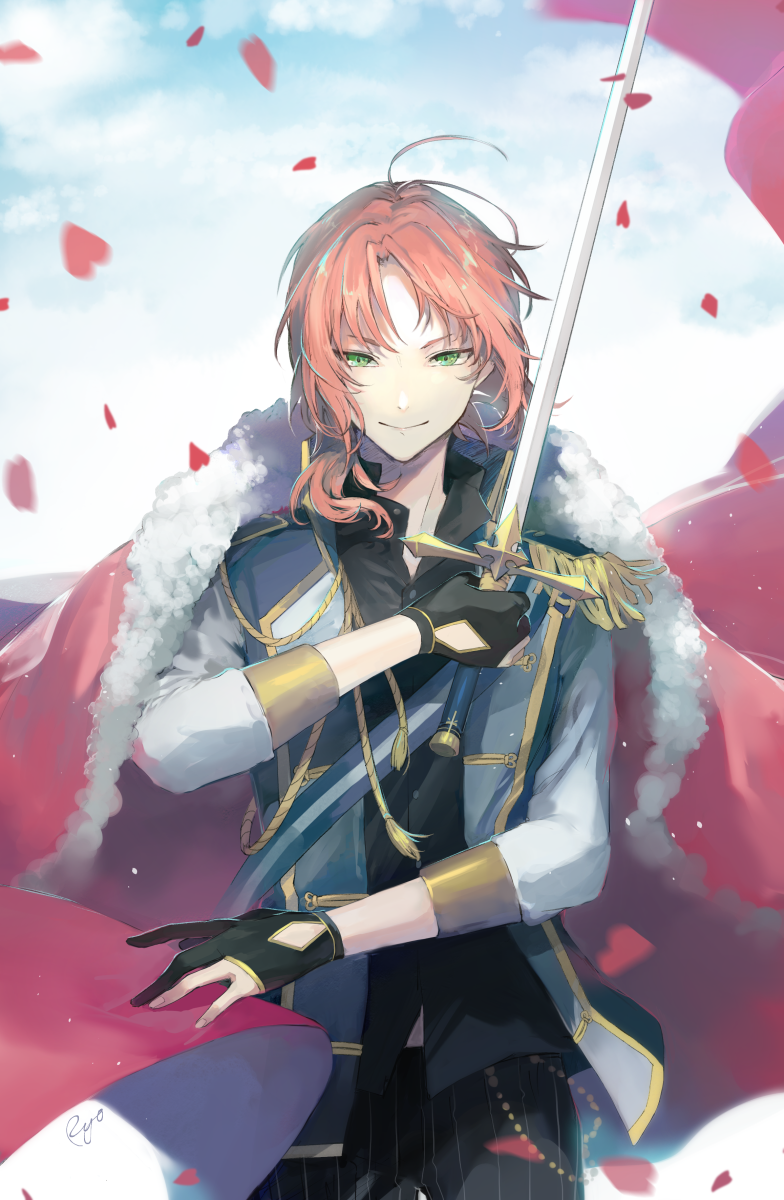 (His runes, which appear as golden diamonds, appear at the end of his ponytail and tucked behind his left ear.)

– A regal sword
– Knight’s armor
– A small journal, leatherbound and worn
– A pouch containing a number of small, sentimental items (a ring, some apple seeds, etc)

Currently, he is 17, well past the halfway mark for a Windermerean lifespan. Windermereans only live until 30, and those that manage to eek past that short date find themselves in a constant state of decay until they turn to ash.

Clarion aims to be someone that makes the most of his short life, by doing and seeing the things he adores the most, and letting joy fill every moment he can. His runes, diamond shaped pieces of hair, are a warm golden color. They take up long strands of hair and are fashioned into points, one located at the end of his wavy ponytail and the other is often tucked behind his left ear.

That everyone's voices can shine!