One human Evenore was victim to a warlocks experiment. You know how the old tale often goes. A desperate village in need. And an unsung hero arrives only to be the real villain. He promised wealth. And it was given. He promised good health and it was given. He demanded tribute…..It was given. Her people did not care for the young women and men they sent off. The warlock took them openly. Without respite. And Evenore was next. The warlock wanted a way to give magic to those who were not born with it in their blood. These poor souls were called the Skalled ones. Often the magic mutated them into monsters. Evenore was one of the lucky ones. Her body covered in tattoos and magic sygils. Something new the Warlock tried. Her hands were branded with the basic elemental sygils and her body tattoo was one large mark that was constantly drawing in magical energy. Current look” 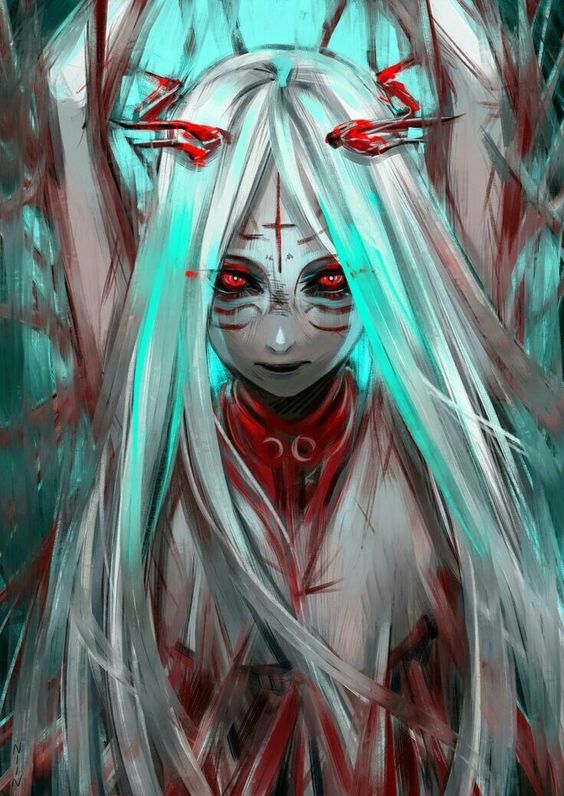 The five Sigils on her hands