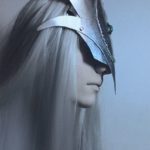 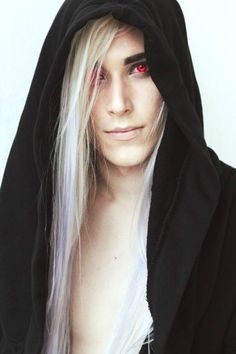 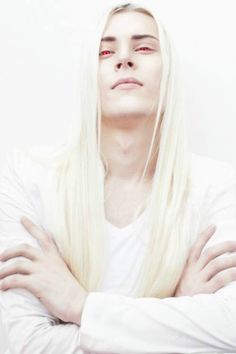 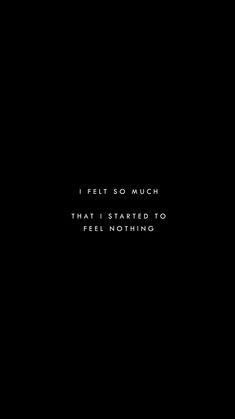 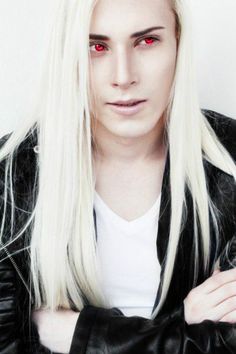 The god and spirit of Death. Son of Erebus and Nyx, twin to Hypnos. Symbolism – Poppy, Butterfly, Theta/9, Inverted torch,

~ Height ~ 6’5
*
~ Weight ~ ???lbs
*
~ Race ~ Greek God
*
~ Eyes ~ Crimson
*
~ Hair Color/Style ~ Silvery white, almost pearlescent. Long, laying a few inches past his chest.
*
~ Physical ~ His skin is a cold grey color, barely showing any signs of life. Occasionally the rare sight of him blushing would cause the gold blood to rise up to blur his skin with a pale golden hue. Two large black wings are attached between his shoulder blades. The wings aren’t in the best condition, some feathers are ripped and frayed at the ends and ash cloaks the sensitive skin underneath them.
*
~ Personality ~ Cold, empty, unbias, fair, lawful, non-discriminate,
*
~ Appearance ~ Typically is seen wearing tattered black velvet robes clasped over his left shoulder, or an armor forged of bone fragments and shards. His modern apparel is a black turtleneck with sleeves that are cut at 3/4s to show the fishnet undershirt. Torn grey jeans cover his legs. Snakebites line his lips and a tongue piercing adorn him. A silver mask will always be present, covering his eyes from the unwanted deaths of mortals and living creatures.

* Cave in the Underworld – Shares it with Hypnos as their home.

* Shares a little home with Persephone, hidden in a forest beside an ocean side cliff.
~ Equipment ~

* Death – Can kill with sight, sound, and touch.

* Harvester of souls – Bears the burden of taking souls and delivering them to the Underworld for eternal rest.
~* Shares the touch of death with Macaria, Keres, Atropos, and even the Moirai. *~ 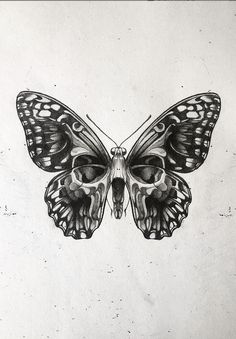