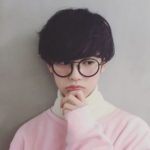 Kim Taeri is my OC. He's an 18 year old Korean male cat hybrid who is a murderer and escaped insane asylum patient. Park Jimin is a real person who is a k-pop idol in the group BTS. I play him most of the time, and can change his info depending on the roleplay. I normally make Jimin 19-21 years old.

Both my characters are gay, so they like boys.

Taeri is single. Jimin, since I can play him many different ways, won't have a relationship status on my profile.

I’m only going to write down Taeri’s information.

When he was first born, Taeri was a hybrid. A cat hybrid. He had beautiful black ears and a tail; a huge contrast to his pale skin. His father wasn’t a hybrid, and neither was his mother. His mother admitted to his father that she had slept with another man, who was a hybrid, and he had gotten her pregnant. Hearing this, Taeri’s father gave him up for adoption. When he was five years old, someone decided to buy him…but not to give him a good home. The man that bought him chained Taeri to a pole in a basement, letting random, older men go downstairs and “play” with the hybrid boy. This went on for years, and on the day of his 10th birthday, he finally snapped. He managed to break free of his chains and use them to choke the current man in front of him to death. He found a knife on the body, and took it. He went upstairs and killed everyone in the house, a total of six people. After a few weeks of being on the run, police somehow found him, and put him in jail for about two months. At his court trial, the judge announced him too young to be kept in prison, so they sent in him off to an insane asylum. They gave him horrible treatments, which only made his bad mental state even worse. Shock therapy made him twitch constantly. He loved straight jackets, because he always tore himself out of them, which he found fun. Talking with the other patients made him giggly, and he would start to giggle at the most random times. His only friend in the asylum gave him clothes to wear, instead of the normal hospital scrubs. But the clothes she gave him were brightly colored and girly. He loved the clothes, so now he loves bright colors and girly clothing. Eventually, around the age of 17, he had found a stolen pocket knife under his roommate’s bed, and used it to escape the asylum with a few bodies behind him. He’s been on the run for over a year. Police stopped searching a long time ago, due to him being presumed dead.

Style: Anything brightly colored; Most girly-styled clothing; Tights and Skirts; Will wear literally anything, except for jeans

Blood-stained pocket knife; Glasses (when he isn’t wearing them)

Outside the asylum, no one knows who he is. So, if he makes any friends, nobody knows that he is secretly a murderer. But, he only kills people that he believes are bad.  For example, if someone bullies him, he will kill that person.

Taeri is a cat hybrid, so he wears a hat to cover his ears and keeps his tail wrapped around his torso under his shirt.

Taeri’s tail is extremely sensitive. If touched, he will moan and 18+ things happen. So, unless you are Taeri’s boyfriend (he currently doesn’t have one), don’t touch!

Taeri believes that he can make friends. In real life, I'm an atheist, so I don't believe in sh*t.