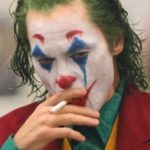 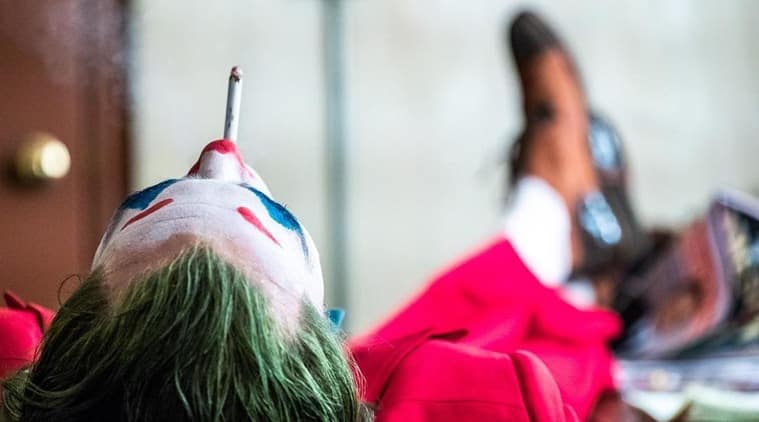 Arthur Fleck was born in the city of Gotham and has struggled with life from day one. He’s always strove to be anything other than average and ordinary. But, the cards just weren’t dealt that way.

A boring life, a boring job. Even being born into a boring family caused Arthur to act out as he yearned for more, and found his calling with entertaining others. He took up magic tricks to get noticed by the local kids when he was just a boy, but even with skills, no one paid him much attention. As a teenager, Arthur tried his hand at telling jokes, and he’d get the occasional laugh. It was enough to encourage him to keep at it, and hone his craft.

Once through with high school, he continued to tell jokes even after he was in college. But, now he was spending a lot of time at the local comedy club, spending his days off from his mundane job, as a stand-up comedian. He worked hard to make people laugh, but he rarely got it. Usually, he bombed on stage. Arthur would try to reinvent himself, going so far as to use props and costumes. Still, NOTHING. It was driving him mad.

He was becoming obsessed with telling jokes and entertaining, putting more time into it. But, this hurt his work performance, even missing time because he was too busy working on his material and routines.

While feeling miserable about his life, Arthur met a young woman at a bar and became attached to her. They went through several rounds of dates getting to know each other, and it even became a distraction from his comedy career. During this time, he had been fired from his job, and now he was getting close to penniless. He had to come up with another job, and fast, or else he might lose his love interest as well as a place to live and a way of sustaining himself.

During the height of his obsession with fame, he had met the host of a Late Night Gotham talk show and begged the man to allow him to be on and do his act. Problem was, Arthur was deemed too ‘bad’ to go on, so he was promptly told he wasn’t worth the man’s time when it came to the show. However, the guy told Arthur if he might be given a chance with something else if he was ever interested. And, that “the payoff would be amazing”.

Now was the time to cash this in, so he got in contact with the talk show host. In a private meeting, Arthur was told that the man could get him tons of cash, but also all the fame he could ever hope for. After being informed about what he had to do, he felt desperate enough to at least attempt it.

So, he was given enough money to purchase some new clothes and enough clown make-up to last him awhile. All Arthur had to do was pull off a major crime in Gotham, without getting caught and bring all the goods back to the guy that hired him. The man would make sure Arthur got a decent cut of the cash, and more opportunities to do more crimes. He agreed to this. But, he was told if he failed the deal would be over, and the guy would make sure Arthur didn’t live another day.

Talking it over with his girlfriend, she pleaded with him not to do it. She also informed him that she was pregnant, hoping that would push him into not going through with it. But, all it did for Arthur was make him more determined to do it since he felt he had to get that money to provide for her and their child. He made up his mind to lie and promised her he wouldn’t do it, but went through with it anyway behind her back.

He was allowed to bring along some goons, and ended up succeeding. But, all that cash made him greedy, and he kept back some before taking it back to the man that had hired him, assuming the man was going to screw him out of what he felt he deserved. Once the guy found out, he threatened Arthur and had him beaten. He also sent men to get Arthur’s pregnant girlfriend and murder her before he ended the deal with Arthur.

This was the spark that would push Arthur over the edge. He had lost everything, and soon that would include his sanity.

Now, the clothes and make-up stay on him far more often than not, and he wants revenge for the death of his girlfriend and unborn child. He also still wants to be famous, but now through the new persona- the Joker. And, if he is able to pull off major crimes in Gotham, he will achieve this.

As his achievements grow, as well as his infamy, he is gaining goons that want to work for him, and be apart of what he is doing to the city. Chaos is the name of the game, and causing as much disorder and restless nights for the citizens of Gotham is what he works towards. Needless to say, Gordon and Batman have their hands full.