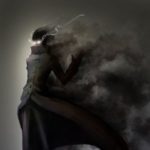 active 3 weeks, 4 days ago
Base

Obscure is genderless so they don’t mind being called he or she, in the text I tried to use proper pronouns they/them/their but it made it harder to read and so to make it more consistent I’m going to stick with him.

Obscure can be considered a kleptomaniac and chaotic neutral, if you needed to know that, obscure was raised by a human so tends to act like them in most situations though with key differences, like the need of emotions as well as seemingly random actions that only make sense to obscure , as an example of obscures actions he would smile during a funeral but! obscure understands others need for it, so at the same time tries not to look like an ass to then frown fitting the mood, another example would be blowing a hole in a wall for some unknown purpose, so sometimes obscure’s personality changes on a dime, he would try and make a friend when they have the chance.

He is very curious and experiments, when given the chance mostly none high-tech stuff just magic and energy in that sense, on some occasions he would make monsters and creatures to pass the time but tends to not use them, though won’t shy away from collecting other dead creatures for later use.

Obscure doesn’t like killing, the reason for this was due the death of his caretaker which he considered a father figure, so he didn’t want to devolve into a murder hobo, but this line is flimsy so when things get rough, he will kill and of course does it with a smile on his face, obscure is completely fine with killing mindless creatures and animals though.

A floating antique mirror follows him around at all times and is completely sentient as well as capable of making choices on its own but is more akin to a pet, the reflective surface of the mirror acts as a portal to his home.

Obscure tends to be made from a crystal-like powder, aerosolized to appear like smoke, which would allow him to be cut through easily, but when needed he can crystalize the powder into a more solid and durable structure, also due to the nature of the powder he can change his body at will, while also not being indestructible, generally speaking being a formless powder that can change shape, he can make any weapon he wants as long it is not complex, mechanically speaking, with an improvised fighting style, his usual weapons are claws and polearms, which they make more effective by duplicating and/or extending limbs, he also has good reflexes but doesn’t mind getting hit to hit back, considering he can reform the damage done.

Obscure has one to two cores inside his body that stabilize his form and keeps his shape consistent, in battle obscure uses two cores, while out of battle he uses one, the core is about the size of a golf ball, when the core is damaged obscures shape tends to become less concrete, the core is repairable but needs obscure to bring out the core to do that, when destroyed obscure deforms which returns him to his home, and requires time to get a new core, then reform the body after which using the antique mirror as a portal to return.

On the magic side of things, the spells are simple, basic, but powerful, usually utilized as a stream of fire, disrupting the earth, charging lighting from its body, and at times using more science to fight, say changing density or conductivity of its body and whatnot, The exception to this is his special/ultimate attack named “Crazy Ark”.

Crazy Ark is a rainbow-colored object, like a marble on crack or something, most of the time taking form as an orb but can take any shape.

-Programmable attack, highly customizable (sort of like writing in python or any programming language for that matter).

-Can fill any purpose and objective (track specific object, explode with 1 ton of TNT, when hits objective).

-The more complex the commands the longer it takes to charge.

-Unable to pre-prepare (once charged it has to be launched).

-Cannot be formed outside of the body and must be internal as such to launch the attack you must sacrifice a limb or in general, wherever it is being charged up will be destroyed (for obscure its fine due to being made of powder, obscure can reform any damage down when given enough time). One day a cycle began, made by someone, where generations of concepts are created then destroyed, all at once and at the same time, obscure existed as one of these concept’s with a minimal conscious at first, like pattern screamers being by products of peoples minds that appears between dimensions in the scp universe, obscure is similar but different being a concept of balance unlike the pattern screamers which are more akin to thoughts and fragments of consciousness’s.

Obscure had many siblings counting in the thousands, all of them similarly are concepts, in each generation these base concepts came into existence, then we’re destroyed all at the same time for what reason it was unknown, but during obscure’s generation instead of all the concepts dissolving all at once, instead they were dissolving one by one, instead of all at once, this continued until the few left included stability, equilibrium, and balance, as stability as well as equipment were dissolving the law of balance had activated, thus not getting destroyed, instead consuming all the residue of its siblings every concept and law doing so until all gone and the cycle ending, marking this the last generation and the end of this dimension only for the new born full conscious to object using all the laws at its disposal to bring it back to its base form and allowing full control over it, thus it left only obscure, and… whatever’s beyond the umthombo (yes umthombo) wall, though to note it has gained the concepts and thoughts of its siblings managing to acquire a higher intelligence but undeveloped, after that debacle being only a short time, it accidentally yeeted itself outside its universe into another which was a very VERY high fantasy, like snoop dog levels of high, with floating islands a pantheon, magic swords and much more, when obscure materialised in this universe (which is not hellifyno) they were out of control causing damage to its surrounding, more on the lines of a confused animal not understanding its power, but eventually obscure was stopped by a wizard, and a powerful one at that. the wizard took obscure in instead of killing it, obscure was cared for, given a home and knowledge beginning to learn as well as develop, the wizard taught many things to obscure, like how to fight and use magic which worked its way into energy control, it also learned of society, language, critical thinking and so on nurturing obscure to be more human though not in all regards still enough to not be creepy… Most of the time, after many years this father figure died at the age of three hundred, leaving many memories with obscure which they would cherish, obscure ended up leaving afterwards and adventured to other worlds, as well as learning what technology is and being pretty much a boomer not knowing what a smart telecommunicating device or cellular phone is and such, eventually after much time and shenanigans, obscure ended up finding hellifyno, which is were we are today.

side note: his universe is now called the sankalpana mirror realm, it’s also a hassle to get to if your not obscure. 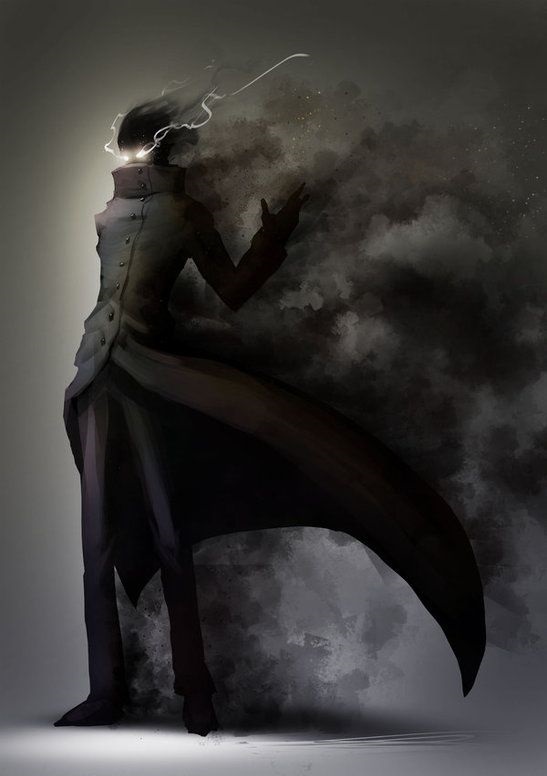 “I’m taking things into my own hands, although fleeting, might as well make the most of the time I have and the time I’m going to spend with what I want to do”

Obscure Has trouble dealing with biology, more in the sense that when he is attempting to mimic a biological creature, or possessing one, as an example they would have trouble maintaining it, like forgetting to feed the body, drinking or breathing,  so usually obscure sticks to the good old body with no needs and no real shape, which allow a good amount of customization, Obscure has taken to having a black outline of a hexagon as an iris in their white eyes.

{The Law Of Balance And It’s Equilibriums As Well Stability} 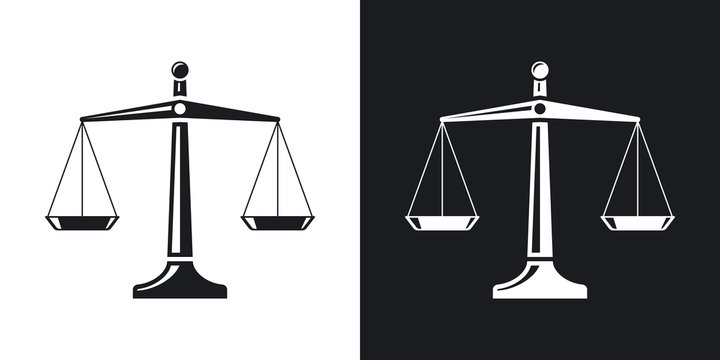 The effect of this Law is that obscure may only be as strong as the opponent, this however doesn’t work on technology, only on energy, magic, biology, and so on, obscure can forgo this Law then replace it with another, and adjust his strength to fit the battle, but their is another function of the Law, its called scale stat switch, what it does that it takes a certain stat, lets say like speed and add it up to another, like strength, allowing obscure to overpower his opponents at times, though usually forgets about it, and it requires a minute for the change to happen. 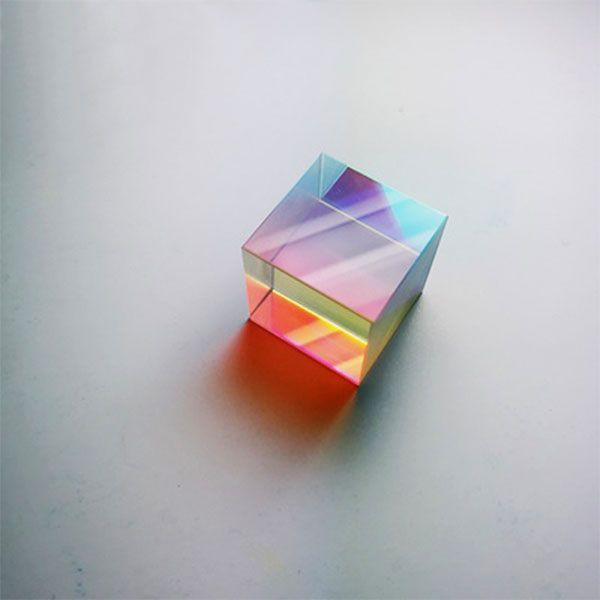 Recently obscure has acquired a sealing rod, which obscure had reshaped into a cube, obscure had gained this artefact during a recent and fruitful adventure, in which during it obscure found the rod in a crater and was originally red/orange with a large amount of power originating from a fire spirit, sealed inside it, the crystal was damaged so some power had leaked out, besides that the crystals shape and usage of it reacts to what’s its touching like it’s conductivity, form of matter, density, and so on,  after sealing another fire elemental inside the crystal, accidentally levelled it up by pouring some of his power into it specifically having used {Crazy Ark}, the crystal had become much more powerful and durable, as well as making its sealing ability and capacity much more viable.

"in learning and experience… also mirrors"