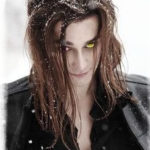 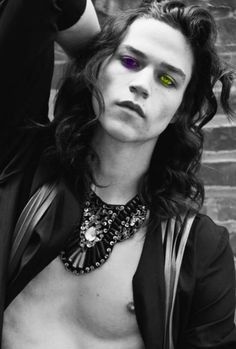 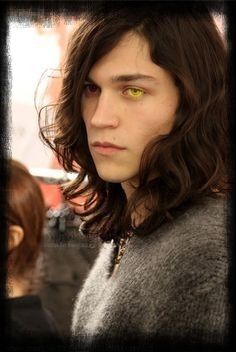 "No one in particular… But I do know of something more entertaining than myself." He says, placing a flier in your hand. "Cirque du Lumiere.. There, you will find extraordinary people. I do hope that you will attend, they are magnificent if I do say so myself."

(What is your earliest memory?)

“There is little that I can remember of my past.. Well, now that I think about it, there is nothing that I can remember.” His face stiffened, growing cold as he relived the one memory he had locked away. The earliest and only one that ever replayed in his rabbit hole of a mind. “Screaming.. There was a woman screaming. Ar… That is all I heard before I fell. The owner of the voice is unknown to me as is the same for the reason of my fall. Where did I fall? I honestly can say that I have not the slightest clue. It was just the voice, the sky, then everything went black..” He spoke, taking in a deep breath. Just breathe, don’t get emotional. “I believe I fell through a portal. One that was probably of my own creation or may have been someone else’s. A relative’s maybe.. Or some mugger. I don’t know. It was shimmery and absolutely beautiful, well.. What I can remember of it was beautiful before my eyes closed. Might be why I make my own magic doors the way I do. The glitter of colors..” He sat his hands upon his lap and crossed his legs.

His lips pursed and his bicolored eyes stared off to the side, being swallowed by whatever memories had been lost of his youth. “I can’t -” He started, then stuck a hand in his jacket, just below the lapel and fumbled around for something. “Just a sec.. Now, where is that..” His voice was muffled, barely leaving his lips as he had continued his search. Finally, he had found grip of what he had been looking for and slowly pulled his hand back out, holding an iridescent pocket watch that dangled by a chain. The trinket seemed to glow, radiating with energy. His slender fingers tapped against the metallic surface, clicked the tiny button to pop open the face so that he may rest his eyes on the hands and wherever they may be pointing. The shape shifter seemed to zone out in that moment and his body seemed to shuffle through many of his known faces. Different hair, skin, outfit.. Many would pass by before settling on his usual choice of brunette waves and tanned skin with a green velvet blazer. He might have even forgotten what he was doing in that moment. “Oh, hello..” He blinked, waking up out of that chasm in his head. “What was the question? I spaced that one out. Too many things to think about, so little time.” He gave a very chipper smile and there was a sparkle in his eyes. “Right. Well, my childhood. I worked on the streets, just as most circus performers do. Magic tricks.. Changing forms.. Just used my talents to try and gain attention for the coin. A kid’s gotta eat.” His smile faded slightly as he tried to recall whoever could pinpoint his first interactions with, aside from the crowd. “No family. I was alone until my -” Another pause and he was counting his fingers, then lightly tapping on the glass face of the clock, which gave off a light /tink/ sound. “Never mind. I don’t remember that either. So, I must have been alone.” He nodded to justify his words.

(When did you know that you were going to be in the freak show posse and found Cirqu du Lumierre?)

“That is a very hard question. Excellent one, but hard. I suppose I had always wanted a family that was closely knit. One that would never turn you away for your flaws or even persecute you for them.” A soft breath exhaled from his lips and he smiled. “There are broken people out there. I knew that at a young age having been one of those broken people. But there are worse stories than my own. I guess I just wanted to create a safe environment for those that did not have one and to be able to assist them and give them hope regardless of their issues or gifts. Many of the people that I have touched have never had a life previous to their involvement with du Lumierre.” Thumping sounds came from the pocket watch as well as a quick flash of light, but it was gone faster than it took to realize that there had been a change in it. “There was never a time that the circus was started.. It has always been here.” His eyes were lost again, staring off into the unknown. “Time was never a part of the circus. Du Lumierre simply is and was and will be to come.” 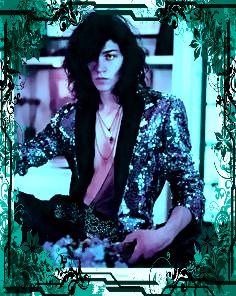 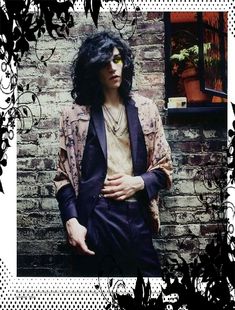 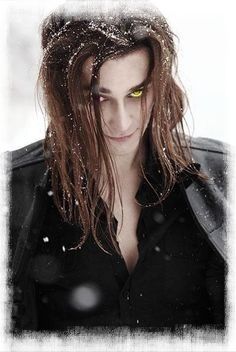 "You should come see us at Cirque du Lumiere. You will not be disappointed." Passes a flier to you.