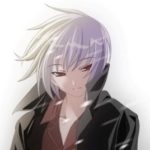 I got no time for that…

I thought I was just a regular guy trying to live an ordinary life back in the fourteenth century, I was just a teenager and enjoying my day as I was just a regular farmer working for my father until I was kidnapped by a witch that want to turn me into mince meat. When I was in chains and being dragged to a table to butcher me up she saw a mark on my left hand and started to freak the hell out and start screaming “A witch hunter!” so I saw a chance to kill her and took it by tossing her into the lit stove and it seems to do the trick, but I guess I wasn’t the only one there as there are a bunch of kids as well.
As I took them back to the village I was hailed as a hero and then…that’s when I met him, a retired freelanced witch hunter that goes by Cedric. He took me in and taught me everything about different types of witch hunters and gave me a steel sword with special runes on it and a bow and a quiver of arrows, but something happened after I was done with my training. After I turned twenty-one my master and I found a witch in the mountains that specialized with ice magic, she killed Cedric like nothing but I killed her and at the same time…I was put in a deep coma and is frozen in ice. A few centuries later explorers discovered me as I am still frozen solid, so they took me back to an Order that relies on artifacts that they found from forgotten ruins or stolen from witches, but they do dabble in magic but not much, and to be honest I don’t mind this one bit.
So short story short, I am back from being frozen solid to death and couldn’t be happier, except that all of my friends from the fourteenth century are long gone even Master Cedric.

Two .44 magnum revolvers with .44 magnum hollow point bullets coated in silver
A steel sword with runes for canceling magic and comes with a sheathe that can injects silver nitrate coating before being drawn out.
Cold iron dagger for certain beasts.

Guns in a Rifle Bag

A Winchester lever-action Model 94 rifle that can hold 5 rounds of 30-30 bullets.
A sawed-off Adler 12g A-110 lever-action shotgun for close-combat.

Get to know me and I’ll tell ya.

That there are evil witches in the world, but there are also good witches as well.