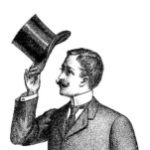 active 5 months, 3 weeks ago
Base

A Gentleman to my core, with plenty of surprises and more.

The Gentleman, which is simply put, is his name and identity. He has come a long way from the days and battles of The Old Wars, but with still a few surprises to many people. He has long since given up the war games, and has tried to devote his new life to helping others instead of killing them. But, if the situation should arise, he is not afraid to fight and protect those around me. Like Mr. Classic, The Gentleman is also a war veteran of the Old Wars, and fought for the better part of the 75 years. His line of android was not developed until later in the Old Wars, about a decade or two after the war had started. In total, The Gentleman fought for about 67 years in the Old Wars with the Gen army against the other combined armies called The Routed Peoples. Not a very good name for either side, but name’s weren’t needed in war. They simply needed to know who to kill and who to not kill.

While The Gentleman was a nanodroid, an android composed completely of nanobots, only 5 nanodroids were really ever produced. Together, the 5 nanodroids were put together in a single team called The BlackWind Squad. The BlackWind was led by the first nanodroid produced, Breeze (BRZ-169), and was soon followed by Air Force (AFC-171), and then after a short break, Mist (MST-178) was produced before The Gentleman was. The final nanodroid, BioMass (BIO-181), was produced after The Gentleman with a slightly different ability: to produce an acid. The other nanodroids were capable of this as well, but only with outside materials. BioMass could do so simply by making his nanobots produce it through a specialized chemical process. But that’s another story. The BlackWind Squad was composed of these five nanodroids, each used for high risk missions that couldn’t sustain damages and losses of regular soldiers and androids and creatures alike, tasked with rescuing hostages and eliminating high priority threats and targets within the ranks of the Routed.

For the majority of the years, The Black Wind was the ace in the hand of the Gen army, remaining undefeated with minimal damage. However, the nanodroid known as BioMass would be caught in an interdimensional portal accident with an Old Wars experiment named Operation Allies 02, making him the only loss of the team within their service. Until one final and fatal mission during the 68th year of the Old Wars, just 5 years after the 5 year peace in the world. The BlackWind squad would finally be killed off all in one single blow. The mission was to eliminate a high value terrorist leader from the group later known as The Maskers. Unfortunately, this was all misinformation as the target simply didn’t exist, and was instead a trap specifically designed for the BlackWind Squad in order to level out the playing field for The Routed Peoples’ fighting forces. With the BlackWind Squad nearing what they believed to be the target, they only fought their way closer into their own deaths. A rust cannon, was they had later called it. It was harmless to organic life forms, but was fatal to machines. The rust cannon, still a prototype by that stage, only gathered the power to fire once, but that was all that was needed. The 4 remaining nanodroids entered the room directly in the line of fire of the rust cannon, and fire it did, hitting the all the nanodroids but G. Mist took the full force of the rust canon, which infected his nanobots and caused them to simply degrade at such a rate that they couldn’t produce more nanobots fast enough to counteract the rusting process. The other two were hit with what was left over, but this gave The Gentleman enough time to avoid the full force of the rust cannon, the weapon only grazing his arm, which he quickly deactivated, removing the infected nanobots from the rest so he remained unharmed. As the Air Force degraded into nothingness next, Breeze was fighting to hang on and not go out quietly. Putting the last amount of power into his nanobots as they rusted away, Breeze charged forwards and integrated himself into the cannon, the nanobots spreading the rust infection back onto the weaker outer shell of the weapon, degrading it to dust along with Breeze.

The loss of his team happened within an instant, and the weapon destroyed within that same instant. And just like that, The Gentleman became the last active nanodroid for the remainder of the Old Wars. But with such loss and death, emotions became too unbearable for the nanodroid and his Artificial Conscious split, creating a split personality. That personality became enraged and focused solely on killing everything it sensed. Since it was created out of death, death was all it wanted to occur. It ripped through the base, shredding scientists, guards, soldiers, test subjects and experiments. Nothing was left alive, and the base was destroyed as It made sure the base was obliterated. It wandered out of the wreckage and began to search wildly for more things to kill to satisfy is desire to murder everything in sight. But It didn’t kill anything else that day, as nothing else came close to enough for It to kill. Eventually, the new split conscious tired itself out, giving The Gentleman enough of a push to re-establish himself as the main personality and consciousness. But It was now forever a part of The Gentleman.

He fought the rest of the war with the Gen army, and witnessed the war end. He would go on to join up with Classic and a few other androids after the war, the group constantly remaining together and becoming separated. But they remained good friends over the centuries, now even more so that they are still some of the few active androids left over from the Old Wars, giving them a shared experience that is often hard to come by nowadays with them. The two of them even remained together along with the others after Operation Allies 02 was reactivated to help save their Earth’s population. He participated in the interdimensional experiments as well, causing him to wind up on the same Earth as Classic and the others. Currently, The Gentleman resides within the Hellifyno areas, hoping to help out in any way he can and simply just trying to make a new life for himself, and trying to forget the past that changed him both for the better and worse.

Clothes: Victorian style suit with a top hat and cane

Is completely made of nano bots that can take whatever form he wants(that the nanobots can form, of course. Nothing too impossible) 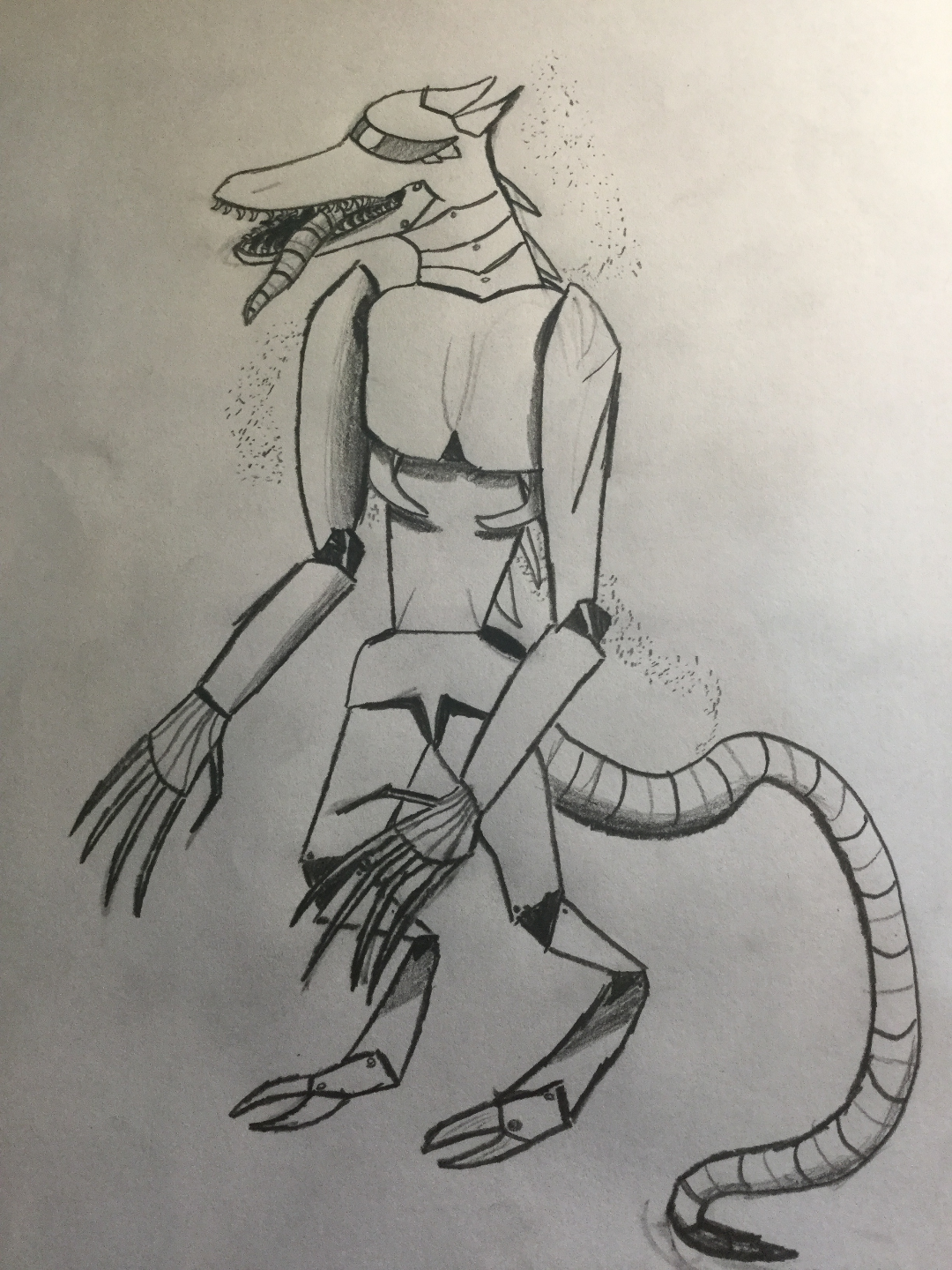 Serrated teeth spin around inside mouth like chainsaw/buzz saw

. Has multiple forms, the two most common being The Gentleman and the other a 50 foot black, metallic dragon with green glowing eyes

. Has new unique underwater form: Aquillipede. It is a dragon-like creature with the long body of an eel(think wyrm), but has paws and two larger fins protruding from its back that act like underwater wings for swimming and gliding through water. Is a little shorter for water pressure(about 35-40 feet) but is much longer.