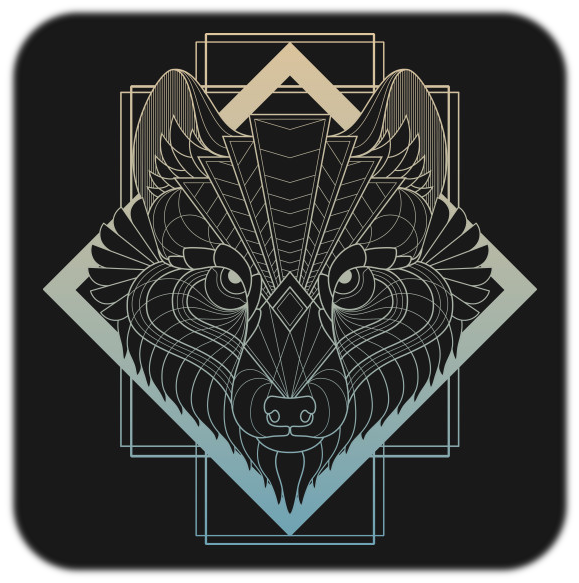 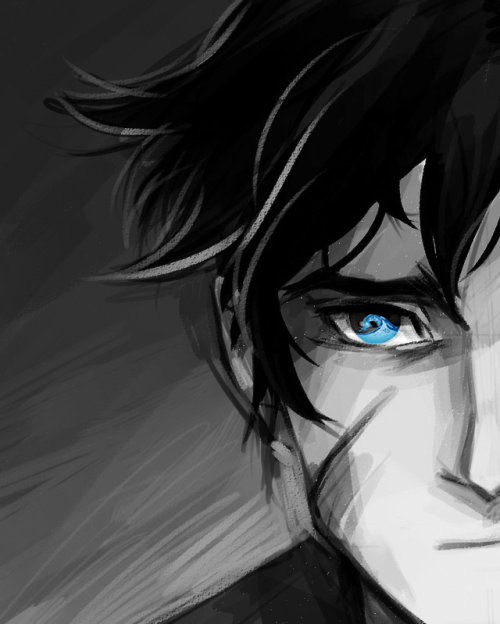 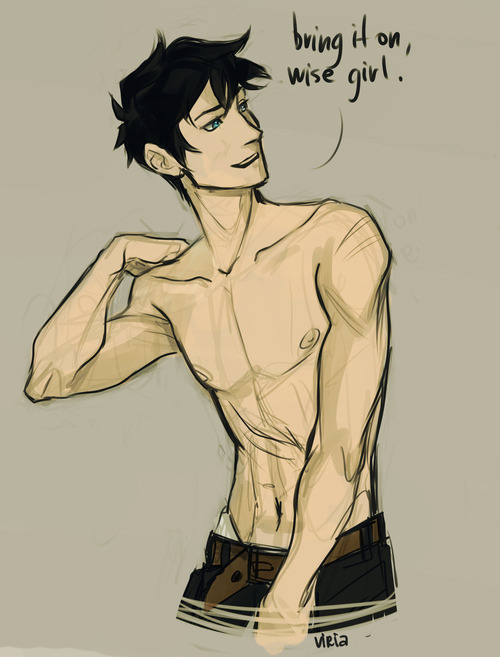 At first glance, Finnic is extremely anti-social and quiet. The Amarok doesn’t normally speak unless addressed by someone else unless something of great intrigue catches his attention. Finnic is not a man of many words, mostly speaking with body language and emotions in his eyes. More often than not, Finnic will keep to himself and not share thoughts swirling in his head. Since Finnic wasn’t born human, with the slue of emotions, Finnics’ emotions can be sporadic or intense, sometimes overwhelming for him to handle. But when Finnic grows comfortable around someone, he becomes very easygoing and prone to showing more expression. Although, It’s also very often that Finnic will become confused and frustrated, sometimes easily giving up on simple tasks for average humans. Due to his natural instincts as an Amarok, Finn can be very defensive towards anyone he’s unsure of as well as aggressive towards any sense of threat.

When Finnic splits from reality and the Amarok has full control, no sense of his personality is present. The Amarok was once a peaceful creature, but after several millennia of fighting for his life, that had changed. With the Amarok in control, it becomes a ruthless creature, destroying anything in its path. The Amarok is rumored to pick off people who wonder alone, devouring them in the dense forests to never been seen again. Amarok’s are extremely defensive and unpredictable, easily able to snap and go from calm to deadly. In this form Finns’ consciousness cannot be reached, The Amarok only relinquish control if they lose consciousness or are affected by magic.

(will probably be added to over time) The Amarok is an ancient species of magic-infused wolves, hailing from a far off world that has long since been dead. They were simple but wise creatures, who lived peacefully on their homeworld.  Some believe the Amarok are descendants of the Norse god: Fenrir. However, These rumors have been proved to be false, as their only similarities are their humungous size and immense strength. Several thousands of years ago, roughly a millennia before the planets’ death, one of the original Amarok packs had another successful breeding season and eventually birthed a fair amount of pups. Among the group of newborns, was the wolf that would grow to become Finnic. Immediately at birth Finnic resembled his mother, having a completely pitch black coat, but carried the blood-red hues of his father; an exiled Amarok. He was the strongest of his mothers’ three pups, the other two being his brother and sister. The pack Finnic was born into was the head of a hierarchy, the Amarok pack to rule them all and to uphold peace.

Finnic, known as a different name in this time, grew up faster and wiser than his siblings. Finn wound up being the largest of three, once he grew to full size. An old tradition for the Amarok is to mate the strongest of one pack, to the strongest of another. This way they kept the Amarok blood pure and always kept expanding their numbers. So while in his what we’ll call ‘teenage years’, Finnic came to prove himself as the strongest of his mothers’ pack, towering above anyone else who dared to challenge him. The years of training and sparring lead Finnics’ coat to matte and scar, leaving his appearance to be less than attractive. Once the trials to prove one’s self was over, Finn was lined up to mate/marry a female from another prestigious pack. To the Amarok hierarchy ‘love’ is nonexistent, all things are done for the good of the many, to keep their numbers stable and their blood strong. It wasn’t long after this that tragedy befell the Amarok pack Finnic belonged to, most of his family had been slain and mutilated beyond recognition – only able to identify them by scent alone. Though, Finn knew it was the work of beasts who had arisen after thousands of years of slumber. The massacre did not stop with his family, eventually, the entirety of the Amarok population was hunted down and systematically wiped out. A small fraction of the great race is all that remained, Finnic was one of these few. For many years to follow Finn grew older, lonelier, colder. Before he even truly realized, the planet was dying and he had no choice but to leave. Some strange glare of white light engulfed his vision, never to see his dying oasis ever again.

Days or weeks later, he awoke in a wasteland, somewhere on the planet of Hellifyno. This land would later become known as Persistence – and his newfound home. But before this, Finn lived in the woods alone for several millennia. Rumors spread of the Amarok being a bloodthirsty vicious creature, that hunts those alone in the forest. Whether these rumors are true, Finnic himself has never confirmed. In recent years, Finns’ deep magic-infused core was able to adapt to the size of the planet, giving him the ability to shrink down into a humanoid form. This form, although convenient at times, is much weaker and more vulnerable than his natural wolf state. However, in his human form, Finn can actually speak, he cannot when a wolf.

The true number of Amarok left is unknown, but Finnic believes it’s less than fifteen, now. Whether or not many of them survived going off-world, he isn’t certain. But the last he physically witnessed, there weren’t many of them left. With his time on Hellifyno, Finnic changed, he became someone who killed for sport, to keep himself entertained and busy. With the way of his kind lost and his entire race almost extinct, Finnic had given up on any sort of future for himself. This doesn’t mean he can’t have one, but he truly believes the chances are slim if not none. It’s never been stated aloud, but Finnic always remembers his mother and what she wanted for him. How she wanted her son to find peace, happiness, and love somewhere. Because unknown to Finnic, his mother and father were prime examples of the Amarok breaking certain tradition. But alas, a story for another day. 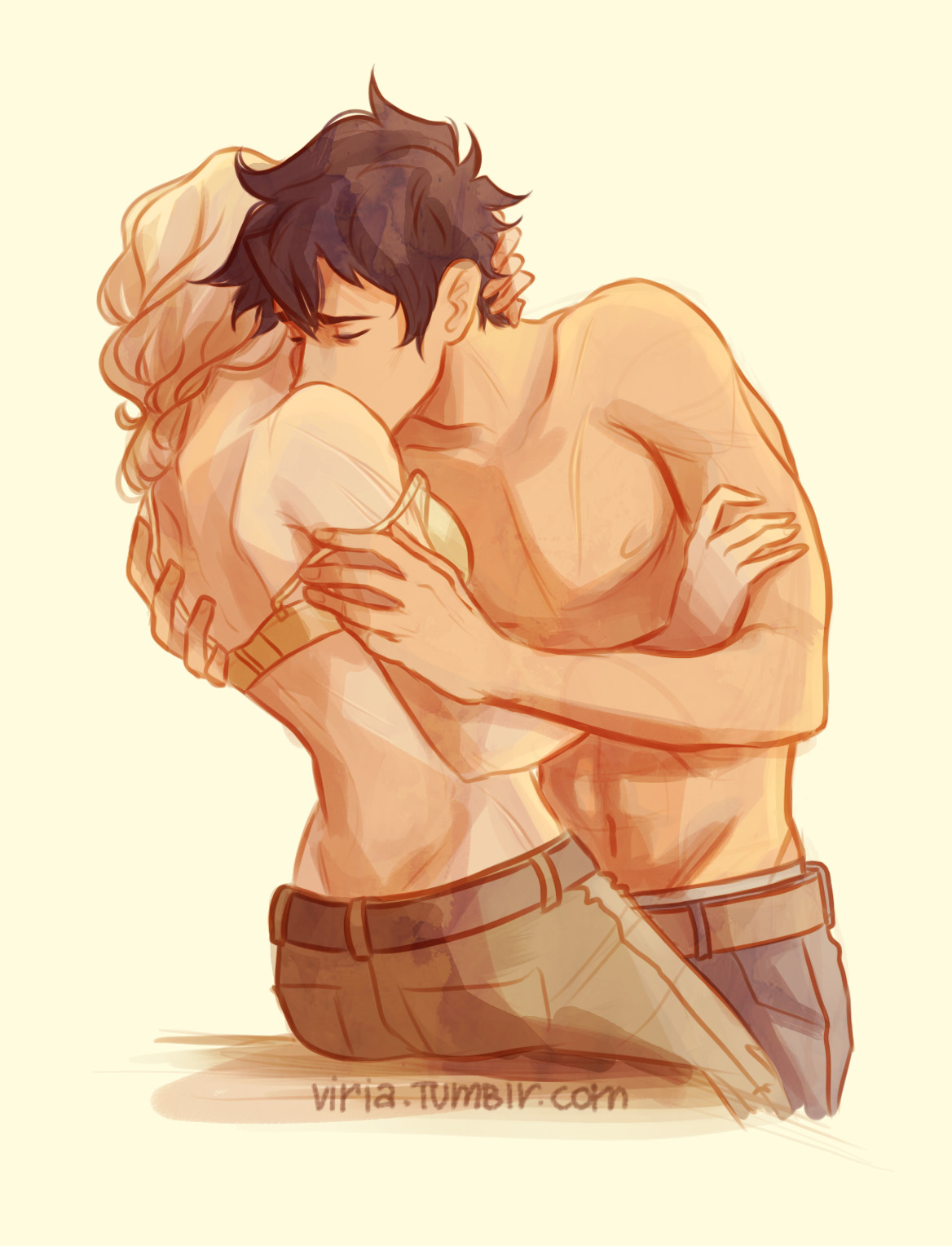 Finnic can be identified as a heterosexual, though he has never had any experience in relationships. As an Amarok, there is a natural instinct to mate and carry on his bloodline, but with the rapid decline in Amarok numbers, he’s pretty much given up on this instinctual need. Finn has never experienced ‘love’ as an emotion, only in the limits of animal instinct for having offspring, so it’s hard to gauge how he would respond to figuring this emotion out. It is safe to assume that his protective nature would take precedence for those he comes to care for, over anything – even his own life.

More To Be Added Over Time

2. Do not come to me for smut, any relationship built for my character is through Chemistry and I am a big fan of roleplaying a good relationship. Private Roleplays can have separate relationships from the Main Storyline in the main chatrooms.
(In Real Life: NOT LOOKING for a relationship. Understand IC from OOC, please)

3. Do Not Control/Kill off My character. Finn is my pride and joy, and I’m perfectly capable of controlling him on my own.

4. 18+ Themes Can Occur Finnic is an Original character. Please be careful when coming to roleplay with me. There is cussing, violence, blood, possibly death or mentions of it. Things get crazy here. IF mature thees occur, I require my writing partners to be 18 or older.