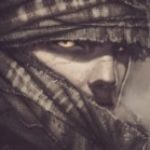 Distinguishing features : Scar on the right cheek where cheekbone has been broken.

Common sayings : It’s not right to be completely sober but then again it’s not completely left either, hahaha!

Sinclair Alkins, just a regular human with an interest in supernatural beings.

Sinclair wasn’t always a violent sort, gambling, debt and casino’s was his father’s passion every win on those tables fuelled his lust for greed until the house grew fed up with his father’s debt and finally got taken out but debt doesn’t just disappear. This is where Sinclair came into play, next of kin was now the debt holder this would cause the house to come after him next and after months of harassment everything suddenly changed after his home was set alight and Sinclair found himself the only suspect, he wasn’t built for such a place as prison so he fled at the young age of sixteen.  He was followed for years never staying in one place for more than a week until s solution to his problems came along in the form of a portal that brought him to Hellifyno.

Ashen, straight hair neatly coiffured to reveal a sculpted, anguished face. Hooded lilac eyes, set charmingly within their sockets, watch thoughtfully over the woodlands he’s come to love for so long. A clean-shaven face elegantly compliments his eyes and leaves a delightful memory of his fortunate looks, just below laid a white cotton long sleeve shirt thats tucked beneath a brilliant red set of patchwork trousers, his muddied boots and a single empty bandolier  that wrapped his waist attached to it is a pistol holster that comfortably holds a set of ivory drum sticks.
There’s something fascinating about him, perhaps it’s his composure or perhaps it’s simply his sense of justice, now that he’s been redeemed by an odd fellow.

A twin set of delicately engraved Ivory drum sticks made from <Redacted information> in the early 18th century by <Redacted> these were gifts to him by an old friend.

The forest hides it's secrets