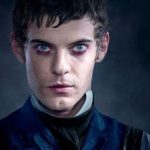 active 2 years, 6 months ago
Base

“You may easily perceive that I have suffered great and unparalleled misfortunes…
I am seeking one who fled from me.”

Faceclaim is Harry Treadaway. Yes, I know Harry Treadaway plays Victor Frankenstein in the show Penny Dreadful. But this Victor is as close to the book as I can make him, and bears a resemblance to Penny Dreadful’s Victor only in face and name.
Most notable features include icy eyes with pinprick pupils, described frequently by Captain Walton as “lustrous” and “lovely”.
Add to this “a voice whose various intonations are soul-subduing music”.
How much of this true and how much is Captain Walton’s invention is up to you to decide.

I need to atone