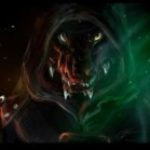 My name is Walks-In-Mud, it was the name chosen by sithis, Argonians (Saxhleel, or People of the Root in their native language of Jel) are the reptilian natives of Black Marsh, a vast swampland province in southeastern Tamriel. The other races often refer to them as "lizards" or the "Lizard Folk" instead, especially when meaning to be derogatory. They are known as the foremost experts in guerrilla warfare throughout Tamriel, a reputation brought upon them by defending their borders from enemies for countless centuries.

My craft is the only love.

We believe that our bodies are just vessels for the souls given to us by the Hist, a living weave of an ancient god that flow like the river. Hatchlings emerge underneath the hist and drink the sap to receive their soul, some may be wise, others alchemical genius’s. I however was granted the soul of an assassin, Shadows scales are what we were called. Considered the invisible protectors of our grand marsh, Growing up i was taken into the fold and was trained in the art of stealth though i had also taken an interest in the alchemy, even if it was to be shunned.

Sithis sanctioned our skills, some would have unruly luck with picking locks, some would always find a way to get a precise shot from their bow but my speciality was covert operations. My blade was always sharp and ready to drink deep from the metallic red liquid that spilled from all sentient beings.

One day however it would seem my luck had dwindled during the Dunmer (Dark Elf) invasion, i was sanctioned to kill a commander of the 31st battalion of the Dunmer fleet, we crept upon their boats and slit the throats of those who kept watch, not even the stillness of night could prevent the fire that spread, however one of the guards had been given spark power which collided with the oil barrels that stood firmly on each side of their ships. The whole vessel exploaded and i was sent to the depths of the river.

A set of ornamental bone knives, they’re made with a mixed steel and are wrapped in a beautiful orange cloth around the hilt.

He also carries a mixed supply of alchemical ingredients and equipment.

I’m a shadow scale assassin. Argonians born under the sign of the Shadow are special. Some are taken at birth and trained as assassins. We follow the god Sithis, and through his consort-wife we received sanctioned kills.

The Black Marsh is my only home.