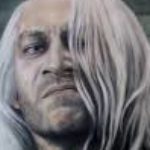 Troprix Serpentounge depending on who you ask you will get two different stories. One might speak of his greatness while the other speaks of his wickedness and treachery. Troprix was one of the seven elder wizards he was the strongest but his greatest weakness was his hunger for power. So he would wait and bid his time whispering sweet lies into the ear of his master. Nurnix the great was the first magic-user but he does not call himself a wizard instead he goes by the title High lord. Troprix would take advantage of Nurnix old age he told him what he wanted to hear told him that he is a God among men. He would spend countless years doing this while unknown to all Troprix was secretly taking power from Nurnix. But this would not last for Nurix would catch Troprix in the act but at this point, he was far too weak to stop Tropix. So Troprix would cast a spell forcing the High lord into a false fantasy in which he had all his power everything was normal. Near the middle of the second ear, the other six wizards began to suspect treachery was in the air but they had to wait another two years before they could act. Once they did find out Troprix true nature they would try to stop him but alone there magic could not match his. So they decided to seek aid in the elves for there magic combined was enough to defeat Troprix for a time there was peace unknown to all that Troprix was gaining his power back and building an army of orcs and monstrous creatures. He would also corrupt Riphi the Scarlet she was a high ranking soldier in the elven army he made her the commander of his army giving her the gift of never-ending life and the sword and staff of the High lord which he stole. He also took control of Green glades which he renamed Dawn fire as the land was corrupted by his very presence. He would also make many evil dragons to rival their good counterparts. It is unknown when he will strike.

A black staff with a silver snake head attached to it

The strong will remain strong