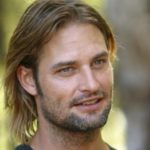 Ok fine, I'll do the talking. Just don't ask me about my Cat.

I’m a whole hell of a lot smarter than all of you, and even though you think you know what I’m doing… you probably don’t

Expensive, finely tailored suits, crafted from the silk of the Mother’s spider hordes. Crystal blue eyes, with an intense gaze the belies the intelligence behind them. A pearly, open grin, set into a firm jaw, often dotted with just the tiniest trace of grazing stubble.Of course, when situations become stressful… he takes on a whole different appearance.