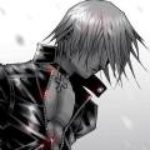 1. Please don’t godmode it doesn’t make the rp very fun at all for either of us especially the one of us who is not godmoding. If your unaware of what godmoding is its when your in a rp battle with someone and you cannot land 1 attack for instance to every attack your character makes the other person dodges or blocks all attacks. Or if your character is destroyed before they can even make one move etc.

2. Please no random sex/smut rps I don’t mind if sex appears in a rp I have with someone then I will rp it out but if there is no storyline behind it at all even if its just a small one I won’t rp it out at all.

1. Not a rule at all but please be aware that I am busy a lot so I might not reply all that quickly at times and at times I may also skip over replies to lets say get back to someone with a shorter responce if I don’t have all that much time don’t worry about this however as I will get back to everyone eventually.

2. I would prefer to rp in comments or in private messages so please don’t ask me to rp in chat with you however I will still talk in there and we can work out the rp details in there as well. Though I do prefer to rp and to just talk in pm/inbox.

3. 18+ rps are perfectly fine, I sort of prefer them myself however if you would prefer to keep the rp 13+ that is perfectly fine as well and also I am perfectly fine regardless of where you want to rp the 18+ content be it on my page or in private messages I don’t really care but if you want to keep it private then just pm me or if you perhaps want to swap to pms if our rp gets up to that point just tell me so I will understand if I get 2 responses from you.

4. I don’t care if you rp script or literature, 1st, 2nd, 3rd or 4th person be as original as you want as far as that stuff is concerned however please at least give me 3 sentences to respond to if not more then that and try to be a bit detailed as well and I’ll do the same. I will however say that for myself most of my content I send will be in literature with a 2nd or 3rd person view sometimes I tend to enter-change it as well.

Age: Appears around 18-25 years old however he is at least over 100+ years old although he forgot his actual age long ago, because of his Angelic side he remains looking young.

Interested in[As far as relationships go.]: Either gender he doesn’t really care about that stuff however that being said he is more comfortable around guys seeing as although his father beat him, he spent more time with him then his mother and a lot of time with his twin brother as well before he passed away.

Acts/Personality: Confident but not to confident, can come off a little bit intimidating at times, he will also appear a bit emo and may at times act like it slightly but not all the time and he has reasons for why he acts like this as well, however he will be kind to other’s unless they mange to piss him off which he doesn’t normally get mad that easily so it would really have to be something bad. Shows slight masochist tendencys when it is himself receiving the pain be it self inflicted or not he will smirk slightly and won’t actually feel most of the pain being inflicted on himself as actual pain.

Species: Dark Angel/Demon[Full demonic blood with half dark angel on his mother’s side.]

When Tyler was younger he was rather close to everyone in his family especially his older half-brother(different father) known as Tristan, one day when they both were out wandering the woods near where they lived they came upon an Orc a very ferocious looking one at that when it first appeared Tyler took one glance at it then glanced off while Tristan took a step back from the undead looking like monster, as the Orc took a couple of swings at the two of them. Tristan keeping his distance seemed to avoid being hit for the most part while Tyler got hit a little bit more as his eyes glowed a dark red shade from him getting more and more furious he ended up loosing himself in the thrill of the kill as more of the Orc’s surrounded them he seemed to take more down however among the fight he seemed to not pay attention to where his older brother was at and when he defeated them all he began to search for his older brother only to find him not to long after the fight however he was already dead, seeing this infuriated him all the more not knowing what to do or who did this to him he almost started to question as to if it was himself that killed him anyways seeing he couldn’t return right away he ran back to his house cleaned himself up before he faced the punishment his father had for him he also told his father to not let anyone else know about this story as it would put them in tears. As everyone in his family kept giving him the cold shoulder the years that followed after this event he just stood up and walked straight out the door never to return again now hes just a wanderer with no real place to call home. He did however end up take up some of the morals that his brother had just to show his respect for him. But to this day no one really knows what happened that day except Tyler who is still a bit confused on the manner and this story still haunts him as such he keeps to himself and doesn’t like to talk about this story or at least the part about his older brother.

Side note I have an alternate universe/story to the above one that basically just makes Tristan dissapher appear after the battle, Tyler went back to the house after the fight and his parents basically asked him where Tristan was to which Tyler ignored them, packed up his stuff and left, he did later run into Tristan training in the mountains alone.

The side note/alternate story I can rp as both Tyler & Tristan so it can be 2characters instead of the one.

Tristan and Tyler look a bit alike as there half brothers main different is where Tyler is full demon half dark angel Tristan is the total opposite full light/holy Angel half demon, there personality is a bit different too where Tyler is kind of dark and has lots of tatoos, Tristan is much brighter there personality is similar but it’s a lot more common to find Tristan smiling and engaging in conversations.

Older Half brother: Tristan[Although he is dead, Tyler always felt a bit jealous of his brother as he always got all the attention while Tyler was all left alone in the shadows of his brother except for the fact Tristan is one of the few to actually care for Tyler even as a kid other then the Grandmother listed below.]

Grandmother on his father’s side[All he really knows about her is she is part bat, and probably also one of the kindest people in his entire family to him.]

King of Mystia or his Father[Unsure about him and doesn’t really care all that much about him either way as he did abuse Tyler quite a lot as a kid. ]

Queen of Mystia or his Mother[He cares even less about her then his Father. Mainly due to the fact that she literally doesn’t care at all never asked how he was or even said Hi as far as he can tell he might as well have been a ghost to her. ]

The rest of his family he is honestly not sure about if there dead or alive and could care less as even when his brother was still alive they didn’t seem to care for him at all and his father was quite abusive towards him a bit at times so his relationship with him in general is really bad not that Tyler sees it this way as that’s where his masochist attitude came from or so he believes.

Special Abilities: Better then normal healing, knows magical spells, knows how to allow himself to actually feel pain[Instead of his angelic side not allowing him to feel pain at all] and will do this quite a bit to himself, knows also how to slow his healing process down much like a Vampire he can control this to a certain extent, he also knows how to use other weapons other than what is listed below but those are just his preferred weapons. He can speak telepathically, has enhanced strength, flight. teleportation however he doesn’t always rely on this for getting around, he is immune to about every kind of poison out there not just because of his angelic side but he also found a painful but somewhat secretive way to get anyone to be almost fully immune to poison and he tested this theory on himself, if temporarily blinded he also knows how to use a form of echo location meaning if blinded he can still fight and find where things are at rather quickly even if it is a new area to him.

Look at my icon. It should be noted I will rp as his hair is brown and his skin color is normal other then that everything in the above picture should be pretty accurate except a midnight or dark blue outfit with the red gloves. He does have some tattoos on his chest and one on his left arm as well, he will also have a scar on his back because of where his wings are at however it wouldn’t be out in the open so your character will probably hardly notice it unless he removes his shirt or if your character were to give him a pat on the back you might notice it then. He will also appear around 6’0” unless otherwise mentioned.

Weapons: Hes skilled with many different weapons however he is normally seen using a sword or a scythe for close quarters, he relies on guns with a silencer or a bow or even occasionally a dagger for mid-long distances