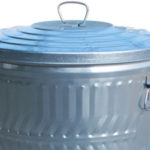 don’t ask questions, just except it.

Joined the Rec when I was 13. I grow up in an Irish house hold.  My dad a being a son of a bitch hurt my mother…which he would regret. Tattered by abuse and neglect I joined the Rec when I was 13. I was on an enforcer squad which I was the only one to come out alive. After seeing the Rec forces leaders exploiting the powers of the “side stalkers”, I slaughtered part of their legion. I freed some but the legions enforcements over powered me and from that point on I would be a sword for hire under the name Alick Grey until the end of my days.

Sword of the Rivertrail enforcers, neckless from mother, Shield of the enforcers, heart of the wolf.

My real name is Gabriel Whitegruff and I am on the run from the Rec a military and weapons production company, for freeing some side stalkers and killing part of their legion.

in, loyalty, dont screw me over