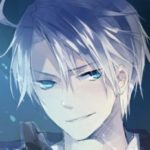 I used to be a vampire. Was for a couple hundred years. That ended when i got a hold of the blood amulet. Not a blood sucker anymore. Fuck that, I hated that life. Anyways, I got into the assassin business a while back. And I’m pretty damn good at it. I had this one target. A Celestial named Kydoimos. He ate worlds or some shit. Anyways I killed that guy and got some cool cosmic powers along with the Cosmic Staff. Not even a mortal anymore. Apparently when I killed that Kydoimos guy I got his title. I have to feed on very large amounts of Cosmic Energy. That guy ate worlds to fulfill the hunger. Me? I eat Suns. Im the new Chaos God. And I love it.

That everyone is the master of their own fate.