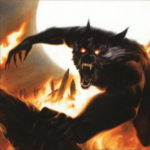 Maxwell Stevens is a werewolf.

Maxwell Stevens was a happily married family man. He lived in a small community where he worked as a carpenter. Putting his hands to work shaping wood to suit the needs of man he made a living providing for himself, his wife, and son. They lived in a quaint cottage together and lived in peace.

Then the horrors came.

Their community was beset upon by the forces of darkness. Not an all-encompassing, cataclysmic, threat to their home. An insidious one. One that aimed to satisfy itself with the long-term suffering of the community. Repeatedly afflicting trauma upon them, but always giving them enough time to recover so that they could be terrorized once more.

It started out as small curses upon the society. A harvest struck with blight. Wild animals growing restless and violent. Nothing that spelled doom for everyone within, but the priests and sorcerers among them failed to see the signs of the coming storm. Then terrible events harrowed the people. A plague would take their pregnant women, and bear the children stillborn and grotesque. Weeks would pass without rainfall, choking the crops and livestock. Earthquakes would rumble and topple the people’s monuments of faith.

The doomsayers did not come soon enough. For one fateful full moon, horrors of the supernatural beset upon the town. Their dead rose from the graves seeking succulent living flesh. Spirits of family and acquaintances haunted the streets, showering those who wronged them in life with divine verdict. Beasts that walked upon two legs as if they were men and hunted man, woman, and child as prey. They ravaged the countryside and the populace for the night, and then left as daylight rose once more.

The city governors knew that they must take action. To prepare for the next coming of these dark forces, conscription was set into place. Any able bodied man over the age of seventeen was instructed to comply. Maxwell’s family had been spared from the carnage of the horrors, but when the notice arrived at his door Maxwell’s life had taken a dark turn.

Maxwell was no spring chicken. At forty-two years of age, and aching carpal tunnel up his arms from his years of working wood since he was a boy, and a trademark white stripe of hair, he was far from a military man. Reasonably fit from a life of honest labor, Maxwell was unable malinger his way out of the militia. Maxwell was given a uniform, a pike, and sack of coins for his troubles, then subsequently pressed into service.

When the ‘militia’ was cobbled together, they were not much more than a group of peasants with pointy sticks. This was the best there was to offer. No messengers were permitted passage to the local lords to ask for aid, for none of them who were sent returned from their journey. The best among them were retired veterans, who’s skills were dulled by age, injuries from their service, or both. The ‘militia’ trained themselves to stand in a formation and point their stabby bits toward the enemy, and that was their whole routine. Surely, being in this unit was suicide. The morale of the men reflected this notion.

The next full moon came. Once again the forces of darkness affronted the town in full force. Maxwell was there, with his comrades, facing them down the line with pike in hand. Maxwell was terrified, shaking in his boots. He could not hold his pike straight in his quivering hands. He could not hear the commands of his superior over the sounds of roars and screaming. He could see nothing, but the glowing red eyes of a monster. A wolf-like creature who raged with the ferocity of the wild, but walked upon two legs like man. It charged him, swiped Maxwell’s pike from their grip with supernatural strength, then set it’s jaws upon him. Those glowing red eyes, and the agony of it’s fangs into his shoulder, are the last he remembers of that night.

By some miracle Maxwell survived the encounter. When he came to, he was in the infirmary. There he stayed until he was in good enough condition to return to the militia. To the nurses’ surprise, Maxwell recovered quickly. He exceeded the expectations of the physicians with how, in a matter of days, Maxwell was walking out with nothing more than a new scar upon his right shoulder. For some reason his carpal tunnel was gone as well. Maxwell thanked his ancestors every day for the good fortune, not knowing the curse that had been set upon him.

The evening of the next full moon, the town had learned what to expect. They saw the pattern that the darkness struck them every full moon. So, the men of the militia bid their families goodbye before they set off to their posts. Maxwell kissed his wife and son goodbye for the very last time that night. Then, with a heavy heart, reported to his commander.

Maxwell did not get to see the horrors that night with his own eyes. As the full moon rose over the horizon, the truth of Maxwell’s affliction became clear as daylight.  Maxwell transformed into a beast just like the one that had bitten him. A werewolf. Maxwell slaughtered his brothers in arms in a wild rage. Men he knew as friends, ones that had come together to lay down their lives for one another and their families. He remembers each one of their faces, how they once delightfully paid him for well-made baby cribs, but now reeled in horror as he tore them to pieces. He joined the terrible creatures that attacked the town that night as they once again terrorized the people, then he left with them when the sun was rising. That was Maxwell’s first transformation. Maxwell would remember all of it. Maxwell saw what he was doing, but was powerless to control himself. No pike or arrow that stung him that night hurt as much as being forced to watch himself commit the heinous deeds of that night.

When Maxwell finally re-assumed his human form, he felt like he was awakening from a terrible hangover. Images of what he had done flashed before his eyes, reliving the traumatic experience. He was far out into the middle of the woods. Half-naked, cold, and alone. Utterly harrowed and broken in spirit. Maxwell knew that he could not return to his home. Not after the monster he had become revealed itself. They would never accept him among them. So, he deserted. Running away, Maxwell searches for a place where he can be alone. Where he can never hurt anyone again. 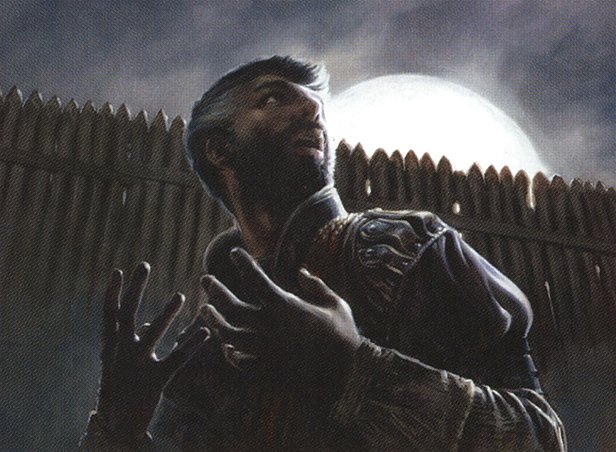 This is Maxwell Stevens in his human form. He stands at 5’6. Has a light Caucasian skin tone.  He has black hair with a stripe of grey hair showing his age, a trimmed beard, brown eyes. He has a large scar over his right shoulder, a mark of his lycanthropy. He is wearing his complete militia uniform in the photo. 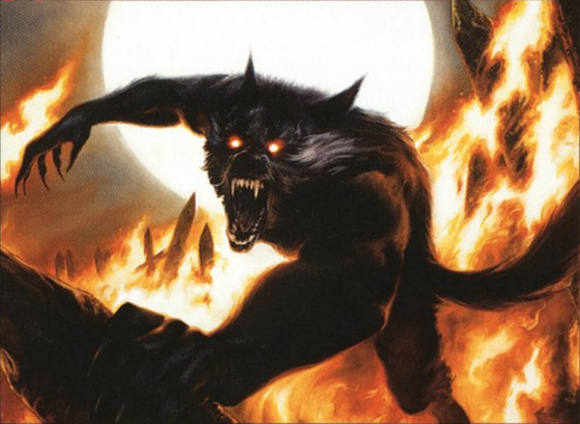 This is Maxwell Stevens in his werewolf form. He is a terrifying 7’3 of raw wild muscle. His glowing red eyes strike fear into all they tower over. Oddly enough his grey stripe is still fully visible.

The tattered remains of his millita uniform that he wears, and the broken pieces of his self-esteem.

Notes from the author:

Maxwell believes he is a monster.