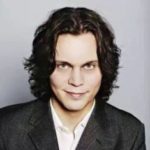 I am a musician, a Goth, apparently a demi-god too.

If he will have me, I hope to marry my longtime boyfriend Henri.

My heart and soul, Henri

I was living the very happy life of a successful musician and Love Metal singer when I was told that the God of Mischief, Loki, is my birth father. Imagine how shocked I was! Things have been up, mostly down, but eventually some sort of normalcy happened. But no child of Loki really has a normal life. Magic is a pain in my butt but apparently I inherited a lot.

I was adopted and my adopted parents became terrified of me once they saw I could do magic. I got out of the house as a toddler to play in the snow. I was only wearing a diaper so my adopted mom rushed to get me. When I touched her, I burned her and she became fearful of me. Eventually, both adopted parents wanted me gone, I got resentful, burned down our home and they threw me out. Loki, who put me with them for safety, was no where to be found.

I met my birth mother years later and discovered why I couldn’t be placed with her. She’s mentally unbalanced.

So now, from that hot mess we have me, a demi-god who just wants to make music but needs to control his magic. I have two kids, a son and a daughter.

When I bathe I smell exquisite. Other times, my beanie covers a totally frizzy mess or greasy hair. People say I resemble a vampire, but that’s not on purpose. It’s natural. I like my tattoos and tend to wear my pants low on my hips to show off my favorite tattoo.

Guitars, Bass guitars, drum set, lots and lots of things I collect…taxidermy. My tower home and my second home with a photo and recording studio. I suppose one day I will have to warm up to magical things but I’m resisting that until it is absolutely necessary.

pretty much in the open. I don’t have many secrets because I honestly don’t know how to shut the hell up. Talk to me long enough and you will know everything about me.

Love is the most beautiful thing in this world but it can also be the most destructive thing too.