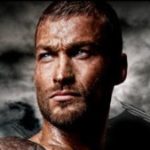 A dragon shaman is a magic wielding creature that also can all upon the powers of multiple dragons, an powers, but to make sure they dont abuse their powers a dragon shaman is given a companion who works as their protector, as well as their adviser, for the powers of the dragons is great an they as a species cannot   allow their power to fall into the wrong hands, so if it comes to it they will have to kill their charges, but for those who master it an know how to wield it are granted abilities an powers of great strength an magnitude.
a dragon shaman can control the elements  to a degree his real strength comes from his dragon an its current form, the forms ranging from ice to demonic, but if stuck in a situation without his dragon, the mage can still use his fire abilities. Also the Dragon Shaman is can shrink his dragons down to a smaller side so that they may travel with him an not draw a huge crowd.

Fireball – A basic fireball that can be charged to increase its damage, it also explodes on impact covering a small area with fire

Fire Bombs –  small projectiles that can either be set an set off or can be set to explode on contact. Each bomb is filled with Napalm

Fire Whip – Created from my hand, i can create small stream of fire an use it like a whip, when struck causes both fire an physical damage, it can also be used to retrieve items

Fire Armor – A protective armor that melts most damage causing weapons before they reach me, also in a time of great distress, the armor explodes outwards causing a massive fire nova

Fire Absorption and Counter – With time to prepare I am able to absorb an fire attack used on me, then with the added power launch a powerful counter attack

Volcano Summon – Able to summon either a small or large volcano, depending on time allowed an power put into it

Ice Blast – A blast of ice, capable of freezing the intended target

Ice Thrower – Like a flamethrower but instead ice an sheet is launched instead of fire.

Dark-Fire – Unleashing a stream of fire an darkness, it covers the target in burning fire as well as a life draining poison.

Life steal – Calling upon the dark arts, I am able to drain a target of its life essence. I can then use this to heal either my wounds or those of my friends an allies.

Implosion – Creating a bubble over an area that sucks the air from it, causing the victim to choke, then at a point it explodes inward obliterating the victim

Wind Push – Summoning a powerful gust of wind, targets in a 5 yard radius are blown backwards with great force.

Tornadoes – Summoning one powerful one or several, I can summon tornadoes at will an use them to either destroy an or disorient the victim.

Air Shield – Summons a shield that blasts back ranged attacked an stuns those who strike it with a melee weapon.

Earth Shield – Summons a shield of solid earth an stone around the target, protecting it from ranged an melee attacks for a decent amount of time.

Earth Missiles – Summons multiple projectiles an launches them at great speed an power at targets.

Heal – From the smallest wound to life ending wounds, all can be healed  with my hands an from a distance.

Magical Auras – These Auras differ in their uses.~

Fear Aura – Causes weak enemies to cower an others to run away.~

Retribution Aura – When struck in combat, the attacked is dealt that damage instead.~

Purify Aura – This Aura is used to pure people an can be focused on the area of toxin an poisons.~

Healing Aura – This Aura is used to heal nearby allies in combat, The Aura is powerful to heal minor an severe wounds, letting them fight on.

Empowerment – To help those who are weak an faltering, Empowerment gives them a moral boost that doesnt go away.

Divine Missile – A projectile of pure holy energy that does extra damage to evil targets.

Protective Barrier –  A shield comes up an over the caster an party, protecting them from all types of damage.

Chains of the gods –  Chains made by the gods used to retrain who ever gets caught up in them, infused with holy power these chains cannot be broken by followers of darkness or evil. These chains can be used as weapons as well, lashing out to choke or to disarm.

Patriarch of the Dragonheart family

I was once a prince in the mighty Dragonheart kingdom, my father King Draconis wanted me to follow his footsteps to become a great warrior king like he was, an that was a life i was willing to accept, an it turned out to be a good life, my father was happy the kingdom was prosperous everything was good, but when things go up they come crashing down hard an no one could stop it. Now my father wasnt blind to magic, he knew it existed an the power of it, which is why he had high mage in his court an a school for it in his kingdom, i would venture there once or twice try to see if i had any special gifts, but nothing everytime, but i still kept going learning an reading , i began to befriend a mage there his name was Tyrannus, an elemental mage an one of my fathers adviser, since i was a boy he always showed me things that blew my mind, Tyrannus never gave up on trying to see if i had any special abilities, as if he thought maybe one day it’ll change, i always told him he was mad but it never seemed to shake him. One night i stumbled upon a mysterious egg, when i grabbed it i began to glow different an before i could tell anyone a blue beam shot into my brain, an with it a wealth of knowledge all about dragons, an i began to feel a power that was truly unbelievable, this seemed to last forever, an then i heard a voice speak to me, it said its name was drakzul an that i would be meeting him soon, scared i grabbed the egg put it my bag an headed for the mages tower, once inside i found tyrannus, upon my request he tested me an found out not only do i have magical power but a great deal of it, my father on the other hand wouldnt hear of it he didnt want a mage on his throne, after many fights an tests my father couldnt remove the power that was given to me, hurt he exiled my from the kingdom an barred any mages from helping me, but before i was barred tyrannus was able to give me his grimoire, once i was outside the kingdom, the egg i left in my bag hatched an out flew a small blue dragon, its voice rang in my head, i am drakzul its finally good to meet you vincente, an from there the dragon went on to tell me he knew everything about me an me about him we were a pair now, i was human he was my protector an guardian.With recent events, an lost of many gods an angels, the holy energy in the world needed people who can channel it, an with earlier days training as a paladin, i began to feel the holy energy an power course through me, the power was immense, with the loss of so many gods, the power came unfiltered an raw. Empowering me we all types of new powers.
Brothers – Drakos Darkheart, Danteus Dragule
Sisters – Tablei Darkheart, Tamalei Darkheart Dragule
Sons – Achilles Dragonheart, Gabriel Dragonheart (MIA)
Daughters ~ Zroya Dragonheart, Mya Dragonheart, Lara Dragonheart, Jasmine Dragonheart, Deyanira BloodLetter-DragonHeart, Agrona BloodLetter Dragonheart, Leola Dragonheart, Monique Paige Dragonheart, Nyoko Dragonheart, Nydia Dragonheart, Carlita Darksky Dragonheart, Ayameko Dragonheart, Vivian Dragonheart, Ashis Dragonheart, Bryn Dragonheart, Aubree Dragonheart, Soteria Dragonheart, Amania Dragonheart 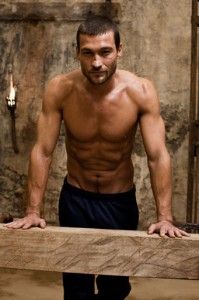 i Carry around my staff, with 4 prongs the staff is about my height an has symbols down along it, i also carry my grimoire it has a metal protective covering an can only be open an read by me, i also carry a short sword with me, with a dragon on the hilt, as well as two fully an semi automatic magically infused pistols In hidden pouch Pipe, Smoking Herbs, some more exotic than others Scrolls, potions (healing an offensive)