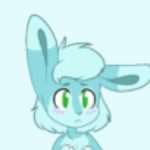 I was born before the second world war broke out..my parents died and my brother rescued me when I was 2.. afterwards when I was 7 my brother and I gave the Germans hell!

I just want a chance to have a family..