Traveller to the Triangulum galaxy

Allison was born to a pair of loving and caring parents, a Mr. and Mrs. Marcus & Elizabeth Greene; both originally of Olde Watch themselves. She had a mostly normal childhood, well as normal as an only human child could get on Hellifyno. Growing up she was loved, cared for, sent to school, and taught how to defend herself in a world most wild. Aside from the normal schooling, Ally was taught the ways of magic and how it’s been used over and over again to harm the Watch and its people.

Sgt. Greene started her survival training at 9 years old, knowing the trials and tribulations young Allison would encounter being a Homosapien without any supernatural ability. While the physical portion, the martial arts, was an important step; Marcus spent over half the time instilling critical thinking and unorthodox tactics. In a way he was molding his only daughter, inadvertently grooming her to joining the military herself. So while Allison was kept physically fit, she was also kept mentally sharp; a potential member of the Watch Armed Forces that would outperform him.

At the same time Elizabeth Greene was the caring, loving and supporting mother that a growing girl could ask for. Even with the world going to hell around them, when more terrifying news spit out of the Olde Watch propaganda machine spoke of horrible tales of humans being treated as second class citizens; Ally’s mom reminded her that not everything is as it seems. When Allison learned that vampires just abducted humans on a whim then forced them into blood producing farms; Elizabeth would hold the young girl at night and remind her that every race, every species, has those who can care less about law and order. Monsters, magical or not, don’t care about the feelings or wellbeing of those around them; but not everything different is a monster.

Allison had just started high school when Hellifyno went to war with itself again, with multiple city-states fighting and killing one another in drones. The young teen had barely just started high school a few weeks prior, before she was greeted by two soldiers in service dress uniforms on the school house steps. They escorted her to a car where her mother was, and then brought both the Greene ladies home before presented them with the iconic fallen flag and dog tags of Sgt. Marcus Greene. Later on during the funeral (presented with full honors of course, along with many brave men and women who fell defending their way of life) Allison learned from her father’s squad mates how he died.

Sgt. Marcus Clifford Greene fell after a magical had torn through him and several other members of that platoon with a massive bolt of lightning. The damage was so incredible that Sgt. Greene and his companions were all given closed casket funerals to protect the memories of their loved ones.

A few months of living with the recent loss of her beloved father, the worst possible thing that could happen did happen. There was a strafing run on the Olde Watch shipyard, where both military and civilians were working tirelessly in fixing both the navy and the trade ships. Caught up in the crossfire as collateral damage with shipwright Elizabeth Greene, Allison’s last living family member; making the last Greene an orphan and ward of the state.

Considering her situation and status, Allison found it a pretty fast and easy process to get a waiver to join the service young. A decision was made that she would go to school during the week and train during the weekends and during the summer.  Motivated by the helplessness of the situation, fueled by the fire in her soul lit by the elder Greene; Allison graduated at the age of 16.

While the call of duty was drummed deep into her person, thanks to Sgt. Green and the country itself. Allison had taken her mother’s idea, her belief, and embodied it. As a police officer in the military, responsible for both service and civilian personal; it was the responsibility of Ally to separate the monsters from the people. Those sworn into service should be above reproach; so the others that take the power vested and trusted to them to use against their fellow man are despicable.

Allison Caroline Greene spent her first year as a rookie cop, a private in the military; assigned to defend Olde Watch itself. Pvt. Greene had a partner, a Cpl. Jonathan Rocha who basically held her hand and taught her the very ropes of law enforcement. They were part of a squad as well, a 20 man station assigned to defend and police a certain section of the country.

Pvt. Greene spent a year here, working with her team to keep her nation defended while there were reports of nightmares running wild in other parts of the world. Rumors of these magical artifacts that threatened to bleed the world dry of its energy seeped into the Olde Watch network too. Then there was the gas cloud, completely magical and killed a solid percent of anyone who even touched it. Once her first year was over, Pvt. Greene had decided to sign on for a longer term.

Allison suspects that it was around this time that the Senate was replaced by the shape shifting Soulless, but that was just speculation based on how things were changing. In less than a year after that is when Commander Kreiger fired the missile at the last planet in the system, secretly just the public face for the corrupt Soulless.

After that Pvt. Greene was given a ‘jump-step’ field promotion from Pvt. to Spc., then redeployed as part of a security team on a space ship. A vessel meant for war was tasked with patrolling and defending Olde Watch supply lines in the system. That deployment was short lived though, only lasting a few weeks before being recalled as hostilities with the rest of the planet mounted.

Spc. Greene and the rest of her squad fought in the war against the world, defending the Soulless Senate for their dastardly actions against Hellifyno. It was clear that the ‘Heroes’ won, tearing through their lines of defense and exposing the Senate for what they were. But that didn’t change that Cpl. Rocha died with a stone spike through his chest. Or how she watched 4 other MP’s just completely disappear under a black fireball. These memories would haunt the human woman for the rest of her time. 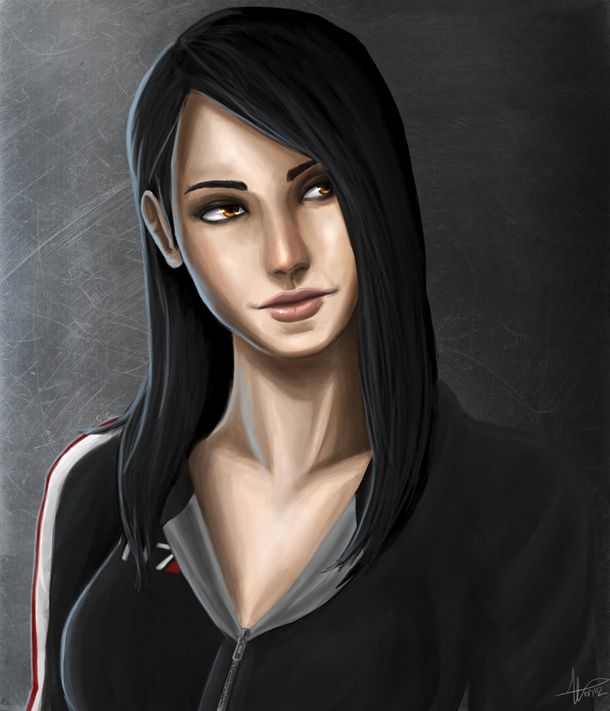 I’ll never shake this guilt I carry for living where my squad died. But maybe it keeps me sharp and alert, because I have to carry the torch they dropped.

The only thing necessary for the triumph of evil is for good men to do nothing.