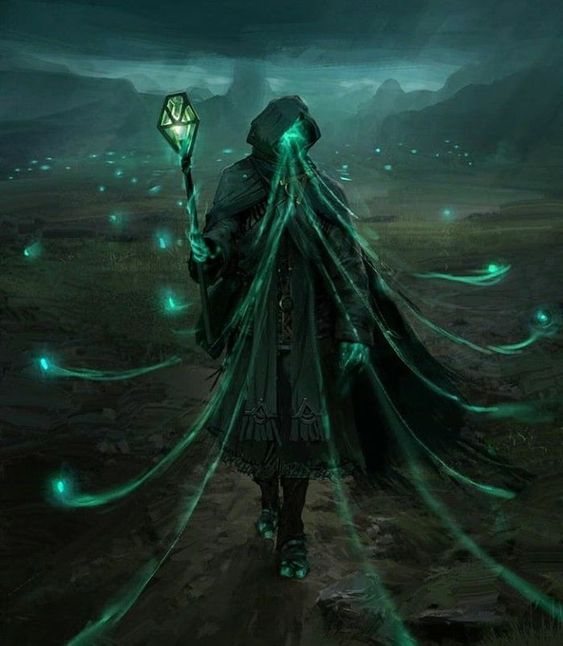 Wisps aren’t born in the same sense that humans and other creatures are. As beings of pure magical energy, they simply Are. They’re the fog that makes you lose your way in the marshlands and the lights that lead you astray at sea.  Wisps are not inherently evil or bad creatures, for who is at fault when a light leads a person away from safety? The creature that glows or the creature that decides to follow? Being from the Faery Wilds, they are creatures of playful trickery with the capacity for masterful deception and manipulations. To what ends? Can you ever really know with the Fae? Many cultures do know that these Wisps often lead people down dangerous paths, often depicting them appearing to the lost and leading them towards the sea and deep into the forest where these people are not seen again. Little do they know of what could come next.

At first, a wisp appears in areas of plentiful magical energies. A single Wisp is not awoken or aware, but like the little fonts of magic they are, they grow in power as time passes. When the power is more than a single wisp can contain, it splits into two, then four, then eight and so forth. A Wisp Collective, Hive, Mother or Father becomes awoken when there are several wisps, this event allows them to become the sentient creatures that can change form and shape, rather than simply the caretakers they had been for the Seelie Court. Wisps often become spies, observers and listeners as they can hide in several places across the Mortal Plain, infiltrating multiple organisations at the exact same time. Each wisp capable of taking an individual image and personality. Wisps must learn how to produce these personalities however, as the collective has no concept of self or the collective. Each Wisp is an individual that shares thoughts and feelings with the others, with bountiful autonomy but also complete subservience to the collective. They have no concept of gender, sex, sexuality or any of the caveats of individualism

Wisps are rare creatures, but they were not always Fey. Once they were born into the Mortal Plain as creatures that existed within forests and oceans, conduits of magic from the Ethereal Plain. At this time, many humans could possess some control over nature magics. Humanity did not know that it was stepping on the toes of others when they claimed possession over the forests. The Fae first created the gateways between the Faerie Wilds and the Mortal Plains as a means of capturing the Wisps and then allowing the energies of the Wilds to twist and warp them into the Faeries we know now. With the loss of these conduits, many humans lost their connection to the Druidic arts and their magic waned, though not entirely.

Warlocks, Druids, Witches, Vampires and many more creatures that possess control of the more Arcane arts may have known, or still be aware that Wisps are fonts of magic, capturing them and using them to bolster their own. They were hunted down vigorously at first, so by the time the Fae came and brought them into the Wilds, many of the Awoken simply joined. Not many creatures get to join the Fae, but they make powerful allies. Now, only the most ancient of creatures will be aware of a time when Wisps were not considered to be Faeries.

Wisps often do not have names for themselves, as there is no self. A collective is sometimes given a name by the Fae if the Awoken Collective comes into contact regularly with them. As was the Case for William, a more contemporary name for his older title Willow the Wisp. 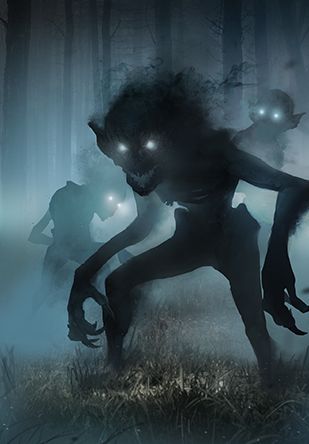 Before Will awoke, the small collective was tasked with the protection of the gateways. They would exist in the mortal plains, deep inside a forest and wait. If anyone came near to the Gateway, they would glow at edges of the forest to draw them away, if this failed, they could make noises to spook these people. If anyone persisted, they would take the form of shadow beasts and attack them, often capturing the and casting a charm causing them to avoid this place and forget every stumbling upon it.

Once awoken, a collective could hold many positions within the court, such as guardians, spies, caretakers, assassins and such. Will was recruited for two equally important tasks. Wisps are often forgotten and over-looked due to their secretive natures, often masking their appearance to all who are not the court. This means that infiltration becomes that much easier, as very few are even aware of the powers a Wisp can possess.

His first and main task is that of a Spy. It is common knowledge that the Faerie courts have an innumerable number of spies that have infiltrated most organisations around the globe. This is the reason why so many choose to trade for information from the courts after all.  Will was able to hone his skills of deception over the centuries to the point where can now possess several identities simultaneously. He is a broker of information, existing within various vampire clans, Were-Packs, witch covens and the like. These positions are not simply to observe, however. The Fae do not often get involved in the world’s politics, but there are times when certain organisations need to be dissuaded from taking particular actions. Infiltrators, such as Will, are in the perfect position to ensure the correct person is charmed to ensure things happen, or don’t.

Will also occupies a much less glamorous occupation. Some Fae creatures can reproduce, but many of them are in fact not natural to the wilds and are in fact humans that are moulded into the image the Fae require. To achieve this, there are those who exist in the Mortal Plains that scout for potential. More often than not, this actual requires a young babe to be taken shortly after birth, often replaced by a creature that will surely pass in the coming weeks. This babe is then raised in the Wilds and gains the magical blood and features that one associates with the Fair folk. Of course, the pool is not limited to new-borns and so, many disappearances can be linked to Fae interference. No one can actually prove that this is the Fair Folk, though many believe they are responsible. 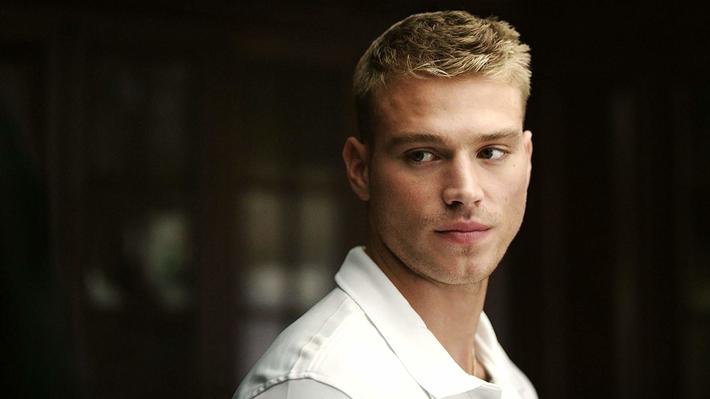 While there are many forms that he has taken over his life, he has one form that he’s grown attached to. This, being Doctor William Owen. Naming this form after himself, he crafted an entire life for him. He created two forms to play the part of parents, he attended schools and grew and aged as one would expect a child to.  This is the first and only time that he had ‘lived’ as a human and while his excuse to the Seelie Court was that it gave him a much deeper understanding of humanity, there is more to this than simply that.
A single charm could have accomplished the same ends, spread across several people he could have imprinted memories of this being and then simply adopted control as and when he chose, but he wanted to be part of human society. To observe as one of their own rather than an outsider looking for influence or control. He learned how to feel, no longer was his emotional range, hate through to indifference and contentment. While this did help his lines of work, it mainly added to him as an individual and in growing within humanity, he began to care for them. For the first time he felt he truly understood the work of the Fae, for all they do and have done to humanity, they would never allow them to fall.

In his life, he studied and learned as the humans did. He was captivated by the ‘Natural Sciences’ as a means of trying to understand the magic that existed in the universe. Slowly, he leaned into the fields of Chemistry and Biology, eventually taking a career as a researcher, discovering new cures and medicines to help humanity. While this would appear to be his main line of study, he would also dip into the supernatural while he was there. Could the supernatural creatures of the world provide their bestial benefits without the transformative properties? Could humans gain the speed of vampires, the strength of Lycans and the magical capabilities of the Fae, while still being human?

There have been many agreements and Accords throughout the centuries between the Supernatural creatures, many explicitly stating that the Fae would not ‘pick sides’ nor engage in Mortal Affairs. While all parties involved break these to small extents, if Will was identified as a Fae while conducting this research, it could be seen as the Fae using human technologies to eradicate the other factions. By no means is this the goal, nor a stop on the way, but could you convince your enemies that the gun you’re building won’t be aimed at them?

Though his appearance can change at will, Will has two main states of being. His main form is the human visage.

The guise takes the form of a 6 foot, fair skinned man with dirty blonde hair. His features are softer, though he has a strong jawline and what would considered a ‘masculine’ face. His body continues this theme and is quite well built, with an absence of any form of tattoos or piercings.

His second form, is one of a mass of energy. It is without shape or being and looks like a floating orb of black light that doesn’t radiate light or heat. As the colony separates, smaller orbs filter out of the main Wisp, causing it to decrease in size. Separating the individual from the collective is difficult for a Wisp as they are one and the same. They are a single collective of thoughts and feelings, with each Wisp simply being and extension of this.