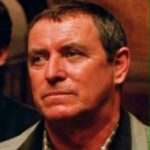 Wyatt was born in Long Beach, Washington in the year of 1968 on October 11. His mother, Karen, was a waitress at the time, and his father, John was a writer. Wyatt would be their only child.

His father was very much into westerns, often writing that sort of novel, and always enjoyed learning about the old west. So, when he had a son, he named him Wyatt after the famous Tombstone Marshal. This would be something that the boy would always have a hard time living up to. Many disappointments were to follow.

It wasn’t until around the age of 5 that they began to notice something wasn’t right with their son. When he should have been speaking, he had taken to using nonverbal ways to communicate. And, trying to have him be around other children was nearly impossible. That made the first day of school incredible difficult, and he would end up having to be home schooled. In the 70’s, not much was known about autism, so Wyatt was in for a hard road.

His mother had to leave her job and stay home with the boy, doing her best to teach him as well as bring him out of his shell. Both were very hard, and she struggled to do both. John was too busy with writing to lend a hand with Wyatt, which put a strain on their marriage. And, when the two would argue, it would upset Wyatt greatly. He would often find places to hide during these times, usually picking the inside of his closet for refuge. Neither realized just how much they were traumatizing their son.

As time went on, Wyatt showed huge leaps in his ability to speak once he latched on to the spoken word. He impressed both his parents, using complex thought to communicate, as well as being able to read at a much higher level than he should have been. Wyatt also became fascinated with his father’s writing, and would end up typing out pages upon pages without his father’s consent. When Wyatt would insist they should be added to the books, John would always get irritated and get on to his son. He’d yell at him to butt out of his business, and to leave him alone. There would be times that he would tell his boy that the study was off limits, and Wyatt was forbidden from going in there. This would upset Wyatt more than he could ever explain.

Entering into his teen years, he was doing well with home schooling, and it would not take him long to get his GED to be through with it. His mother was looking forward to that since she wanted to get back to work.

Wyatt was clumsy and awkward, and wasn’t nearly the son that John had wanted. He was nothing like the man he was named after, and John was ashamed of him. It was not something he bothered to hold back from Wyatt either. So, the young man set about learning as much as he could about Wyatt Earp, and set out to be like him just to make his father proud.

After finishing with schooling, Wyatt forced himself to be around others more than he’d been used to, and practice with a gun. Sleep was hard to come by, so a lot of hours were put into that. Someone at the firing range took note of how good he was, and told him he should join the police force. Assuming this would make his father happy, he did just that. Again, he pushed himself to attend the police academy, and he worked hard to achieve his goal.

Because of his Asperger’s, he was able to use it on the job. His ability to notice things others ended up missing made him ideal for the position of detective. But still, his father remained unimpressed. He and his dad ended up growing apart, and rarely did John go to see him after Wyatt had moved out.

Not long before he became a detective, and he solved his first few cases easily. In the 80’s, he was diagnosed with Asperger’s, and was able to get medication for it that helped him be more at ease when around others, as well as when working.
His obsession continued to be his job, and he gave it all of his attention. Any relationship that came his way would suffer for it. His late twenties, he met a woman and she fell in love with him. It was mutual, and they talked of marriage within months of first meeting each other. The wedding day went on without his father there, and it hurt that his dad still didn’t want to be in his life.

A few years passed, and Wyatt’s wife was growing tired of how he was, and the massive amount of time he spent on the job. And, when he wasn’t working, he brought it home with him. He spoke mostly about his cases, obsessing to the point she wanted no more of it from him. It started with her cheating, and he didn’t catch on at first. When he finally did realize that one of his good friends was sleeping with his wife, he did his best to save his marriage. He was able to forgive them both, but his wife was fed up. She filed for divorce, and soon they were no longer together.

It hurt him, making him contemplate suicide, but he turned to his work and did his best to push the misery aside. When he was able to pull himself away from work long enough, he began to drink to drown the sorrow.
His 30’s and 40’s were years he spent becoming one of the best detectives in Seattle. He’d also be sent to work with the CSI unit when they needed his help on the graveyard shift.
-Living With Asperger’s- Even with the medication, Wyatt still suffers from anxiety, depression, a touch of OCD and clumsiness. He also has trouble keeping eye contact, as well as understanding others feelings. This makes living everyday life rather difficult, so he keeps to himself these days.
Drinking helps to make him more tolerant of being around others, but it can make his awkwardness more so. However, the more he’s unable to handle his emotions, the more he tends to drink.
Relationships are few and far between, but he won’t keep from falling for someone. There are times this happens fairly easy-

probably TOO easy, and that can backfire for him. 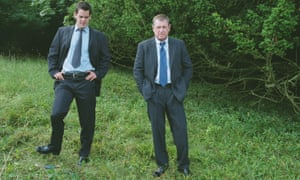 He has a hard time showing empathy, which doesn’t help when with someone. His social skills are lacking, going into long winded conversations that are usually one sided, where he dominates.

His current obsession- besides work- is still on the old west, and Wyatt Earp in particular. He is also into finding out everything he can about famous serial killers, such as Jack the Ripper.

He has a sensitivity to loud noises as well as light. With his father, John, on a day Wyatt tried to spend time with him. But, Wyatt picked a bad day since his father was being interviewed by the local news station concerning his writing.

So, needless to say, John ended up pushing him aside so that he could focus on the interview instead of his son.

Facial Hair – Occasionally has a beard, but never lets it get too thick. Rarely, only sports a mustache.

I have Asperger’s Syndrome.