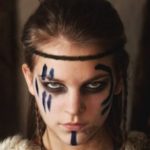 far from the sun,

and the doors face north,

For around the walls

I there saw wading

And workers of ill

with the wives of men;

the blood of the slain,

And the wolf tore men;

would you know yet more?

From below the dragon

The bodies of men

on his wings he bears,

but now must I sink. 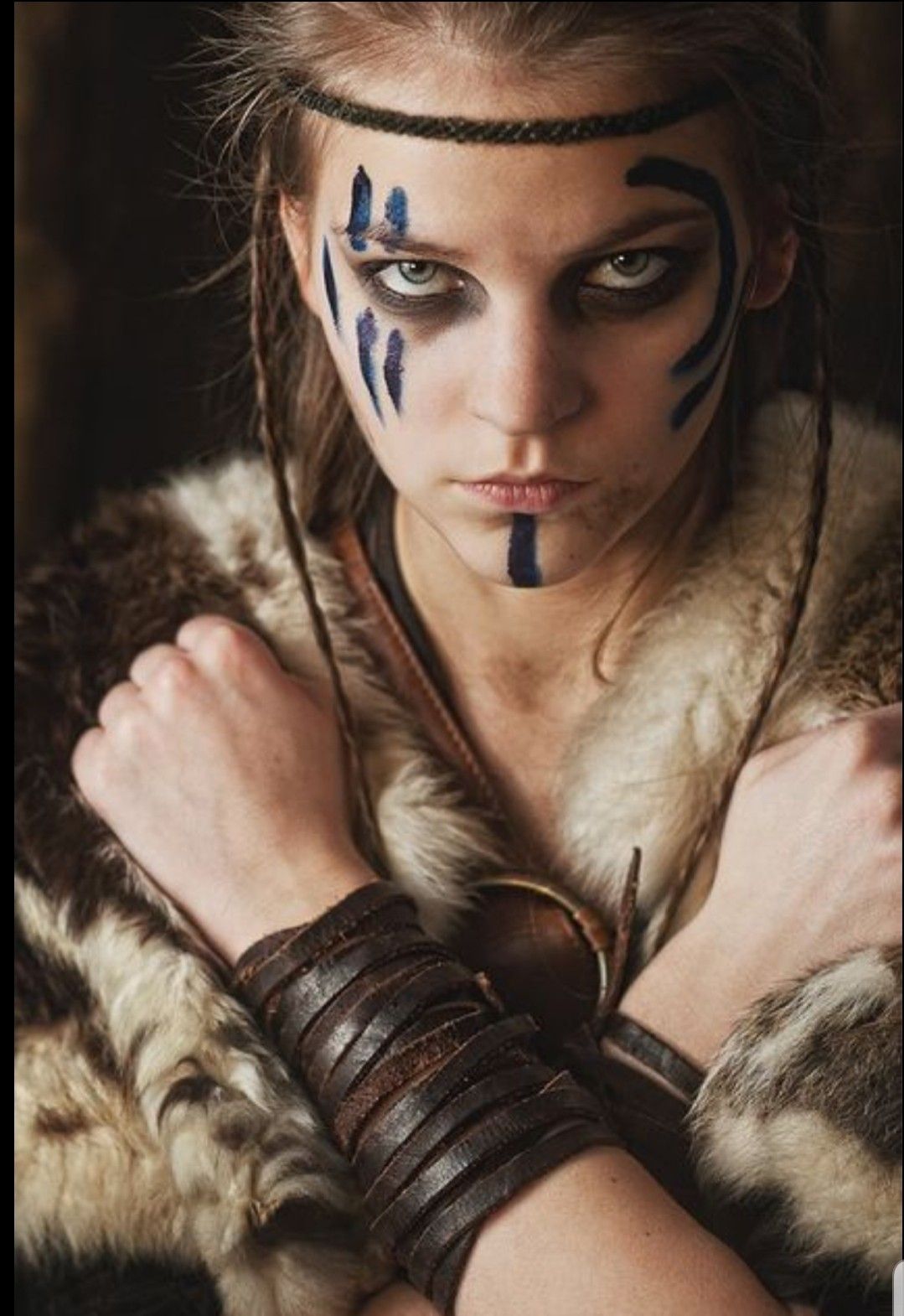 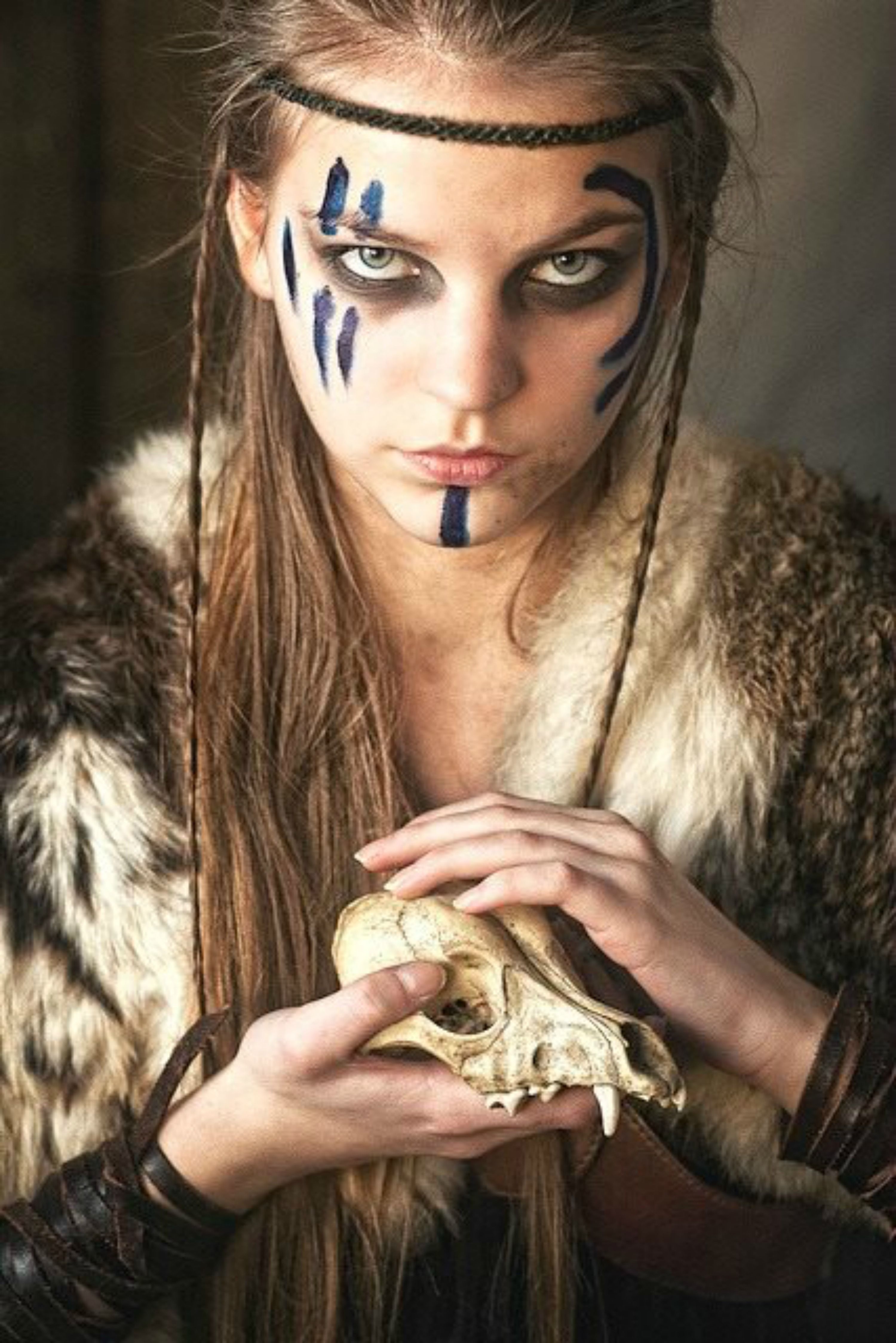 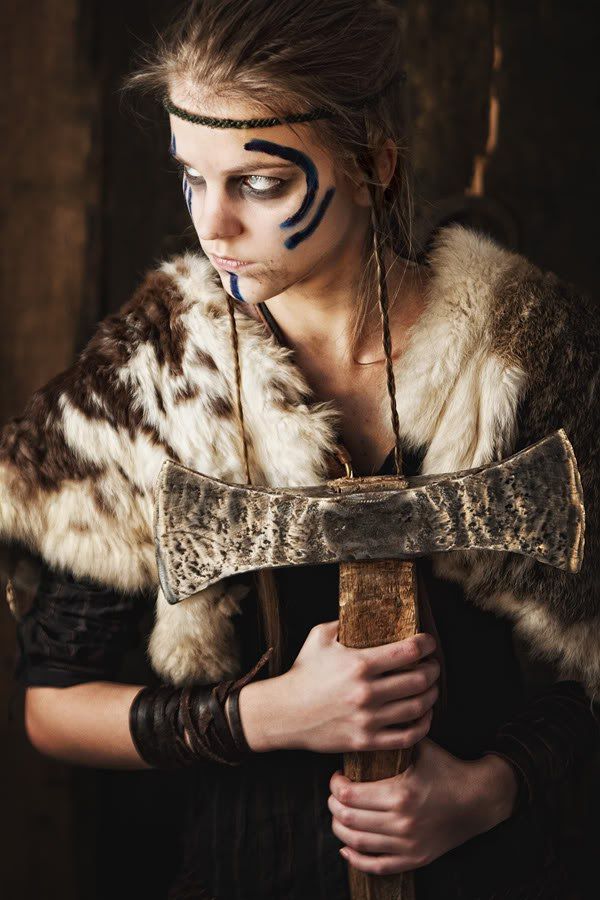 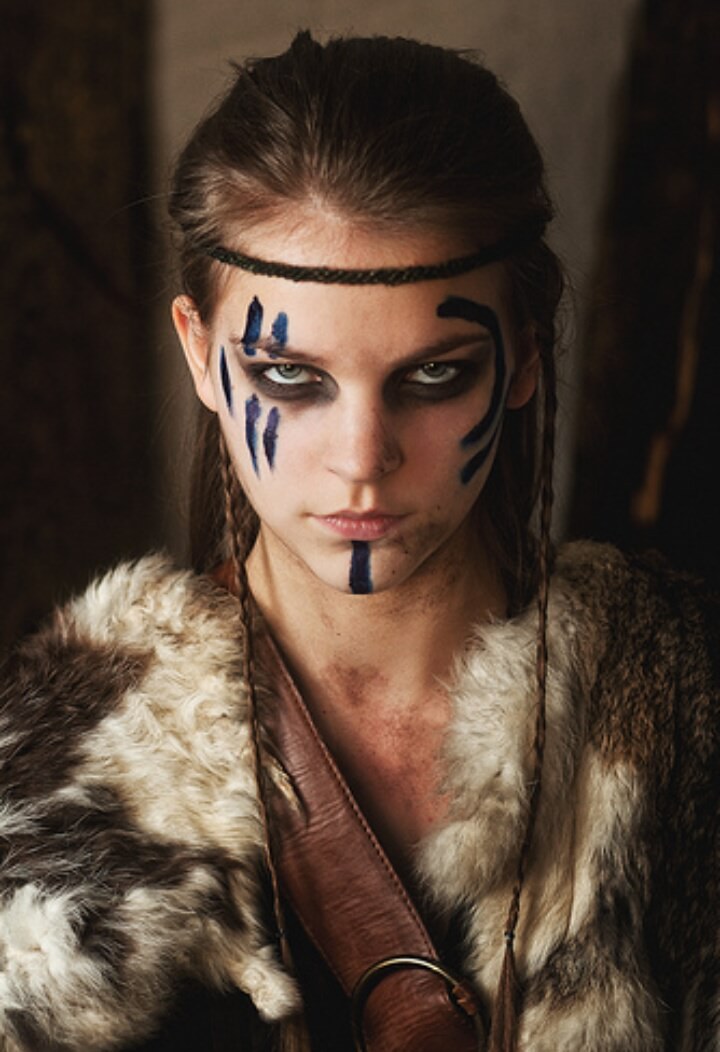 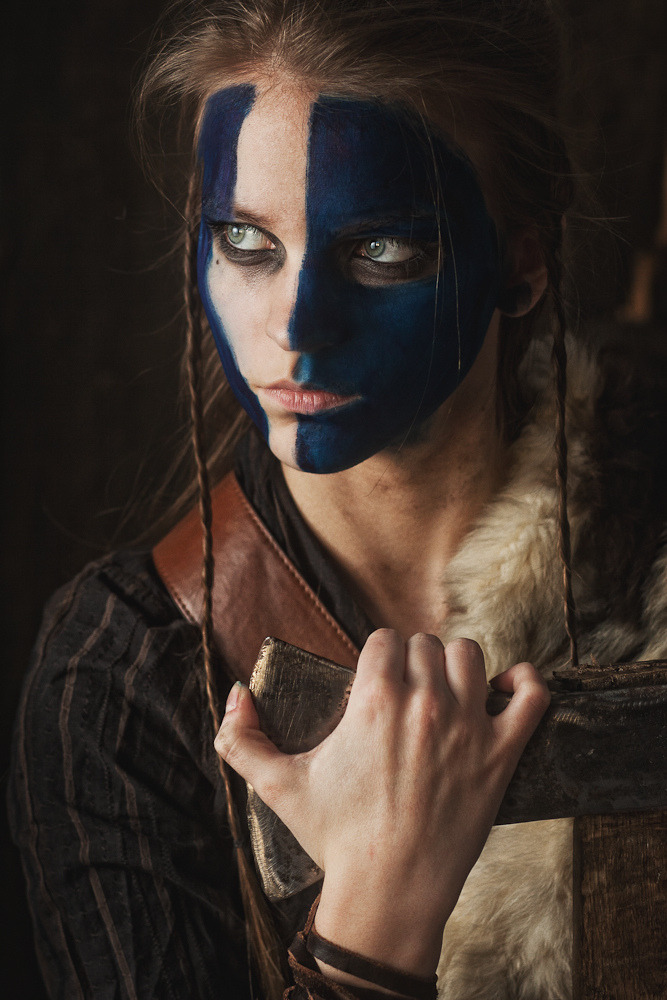 A young, muscular woman: Hjordis’ body is scarred from numerous battles she had from her time on earth. She has dirty, auburn hair, pale skin, and green eyes. Additionally, she is usually seen with war-paint, of one form or another, either a few lines around her eyes and chin, or almost full coverage, with a single strip of flesh visible through the blue paint, across her right eye. 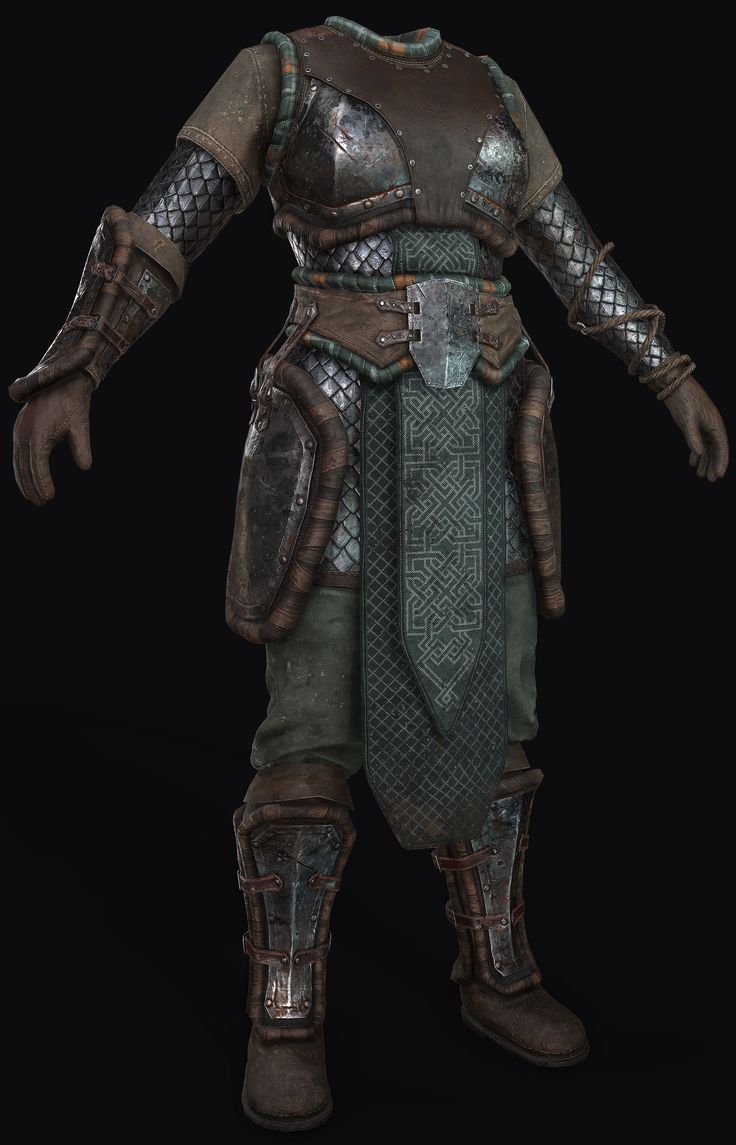 Armour: A combination of layered, scale shaped plates to protect her arms, thick leather to bring the whole thing together, and some larger plates, acting as a breastplate, and as greves.