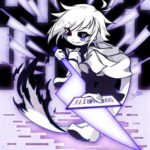 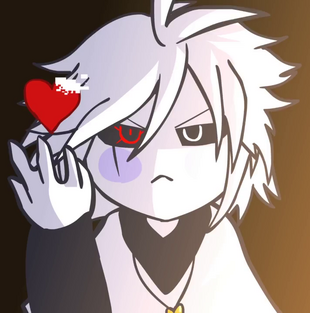 In his standard form, he wears a black undercover, a white T-shirt, black shorts, white boots, and a white cape at his back. Like all the other X Tale, he also dons a heart locket. 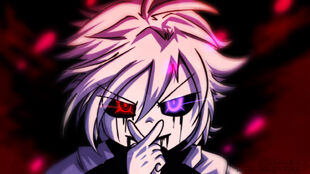 His eyes in The Truce were originally normal, but due to the experiments performed by XGaster, both of his scleras are completely black, with his right pupil being red and irregular, and has a scar on it. When he’s corrupting code, his left eye also become irregular, with the colors being purple instead.

they are my secrets and not for you to know