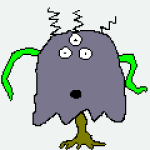 Xavier Shadowveil, Elven Mage, a planeswalker who has traversed many worlds, and eventually landed here. He is quite tall, the tender elven age of 17, and somewhat (and I do mean only somewhat) handsome. He's got short, spikey blond hair and amber-green eyes. He's thin, but has a hint of muscle development, mostly from running away from so many monsters over the years. He wears an emerald green cloak over a black silk vest, over a white dress shirt and khaki coloured breeches which are tucked into thigh high leather boots, all of this very form fitting. He's shy looking but quute amiable should one choose to say hi.

Men. 'Cause I'm gay. Sorry ladies, my already insufficiently attractive ass is off the table.

Xaviers is already out there, I’ll add one for Umbra and Reluinn, but here’s the one for my latest, Friedrich Von Eberswalde.

Occupation: Dr. VonEberswalde was initially a town doctor, a general practitioner, and later a field medic in the Imperial German Army. He has since been everything from a farmhand to a marine biologist.

Sexuality: Asexual Homoromantic (attracted romantically to men, but feeling no sexual attraction to anyone).

Appearence: Friedrich is about 6′ 1″ , with the muscle of a soldier who’s been put through drills (and they were difficult drills in his day) and handsome features. He is quite pale, with light blue eyes, short curly dark brown hair and a thin mustache circa 1920.

Clothing/Armour: He wears a black t-shirt, grey combat style pants, and black combat boots. His “armour” consists of a steel curais (a sort of lightweight fitted chestplate) and a field grey german infantry greatcoat which he’s kept since the end of the war.

Weapons: a 1915 luger 9mm pistol and a 14.5 inch standard issue bayonet, which he keeps strapped at his side. It should be noted that these are origonals which predate the second war and have nothing to do with it.

Backstory: Friedrich Von Eberswalde II was born in a small village 50 miles north of Berlin called eberswalde to a father who was a family doctor and ex field surgeon (from the Franco-Prussian war) and a mother who was a nurse. He grew up tending the apple orcherds they owned, fishing the creeks in the suroundig forest and reading anything he could get his hands on. As a teen he began tot take up medical practice like his father, and he took over the family buisness. Seven years later, in 1912, he joined the Imperial German Army (henceforth the “I.G.A” in this backstory) as a field medic with help from an old friend of his father’s. He served in France and when the Somme campaign started he was seperated from his unit. He met an unarmed French infantryman and instad of attacking lowered his rifle and beckoned him closer. They talked, and the frenchman had lived in Hamburg and Dresden as a painter, so they spoke in German. By sunset that laid there like old friends, their coats crumpled into pillows, their undershirts failing to differentiate the two soldiers. In the morning, a French patrol found and brutally killed them both via a bayonet to the neck. Armand, the frenchman, moved on. He was a good man with a good soul and had no further buisness. But Friedrich remained, and blacked out. The next morning he woke up, shockingly alive (truly, he was undead), wept and buried Armand and made his way back to his unit. Two years later the war ended and he returned home, where he charitably gave madical care to his neighbours, who were dirt poor due to the allies draining of Germany’s resources as “reparations” . There he remained, and when the second war came he joined up with a group of local partisans (veterans of the first war) and fought and sabotaged the Nazis. But the men were caught and hung. Friedrich could not die, but he played dead. They dumped the bodies in a pile in the forest, and when the coast was clear he buried his comrades. He went home in the dark of night and wrote his cousin, a young boy who like him hated the nazis but was too young to fight, into his will. With his home and belongings safely in good hands, he fled Germany, traveling by night and feeding (on blood) gently and humanely when he could. He made his way to Calais (Armands home town) and stayed there till the war ended as a refugee, as he was a dead man in Germany and could not return. When the war ended, he emigrated to the U.S. And for the next 70 years worked as all manner of things, changing places and names every five years or so. In 2004, however, he was working as a marine biologist on the northern California coast when he came across some sea caves on a hike. He entered them out of curiosity and was dragged through a portal into another world, with only the clothing on his back and his hidden weapons. Now he wanders this new world, doing his best to help anyone he can.