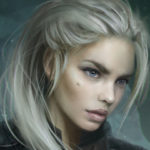 Combat, eye color changes to either fiery hue or solid black. Silken flesh, smooth…trial and error in battle, most scars heal quickly. Those she wished to honor? The sensuality of that flesh, inked….yet something that through magic and other vices and ways, she could conceal when needs be. “Nevermore”….her motto for “Peace, love, soul journey”..for everywhere she traveled, some would wish to test their mettle against her. Their loss. The Witcher seemed to add their name to the list that was imprinted within that mind of balance and chaos. Opting for a more “quiet” existence, if such were obtainable. Thoughts of the “old country”. the food, song, revelry…camaraderie..still, she longed for it…no matter what Realm, Dimension, or Portal she found herself a part of. Life was funny that way….. 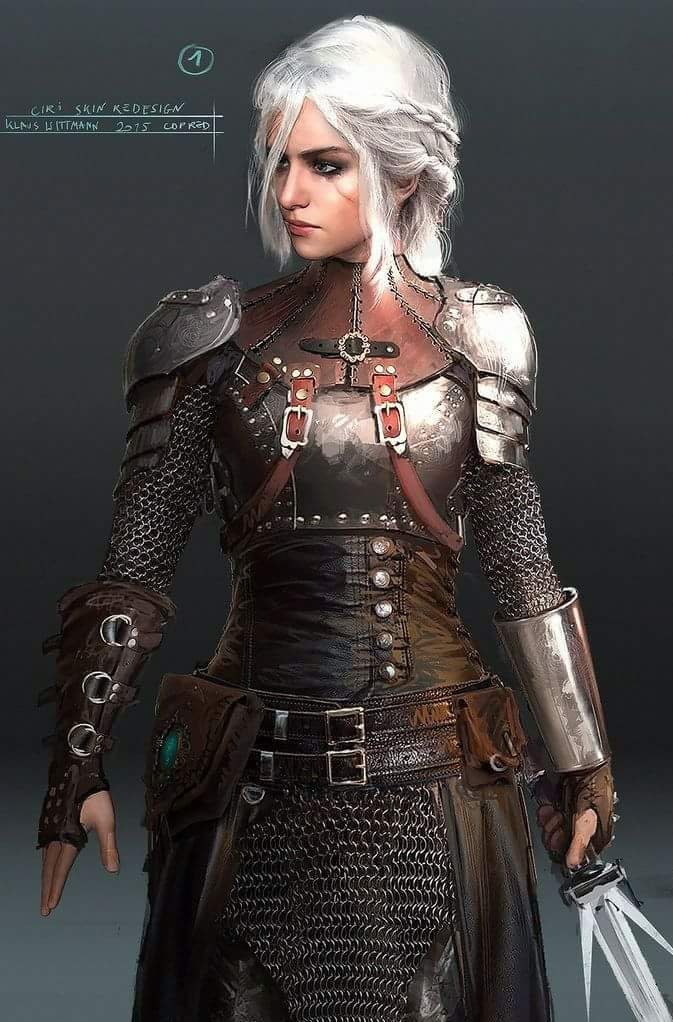 Prepared for anything, yet always the “Traveler”. A quiet disguise. Scar earned at the Battle of Carrington. 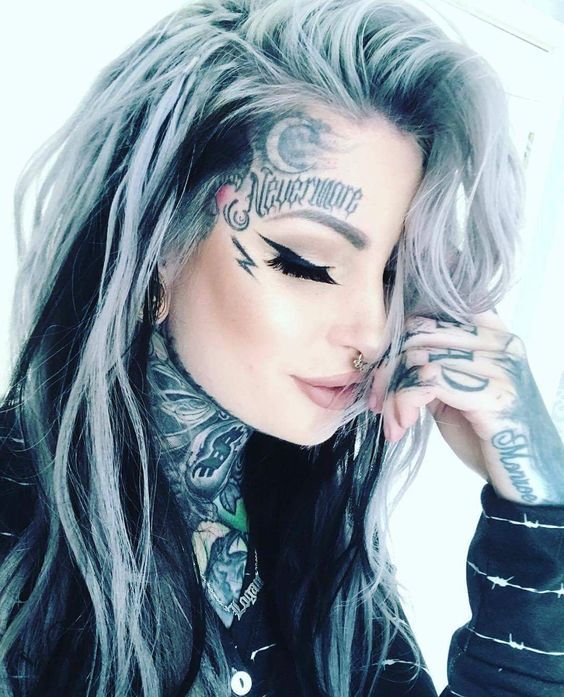 Haunted by memories, the past, present and future. She is, the “Witcher”. Her story a long yet excellent tale and tapestry of life and loss. ( Tats shown when she wishes them to be seen. Body piercings and jewelry, also with the ability to be changed due to favoritism or that “Chi or Zen” mentality)

Men, yet not enough rivers of time to challenge Destiny for the pleasantry of happiness and a mate or life of joy. Misery awaits with it's talon-ed claws, at every juncture, and those of my ilk…while predominantly "peaceful" until thusly needed? Are accused of all manners of inaccurate stories and embellishments. We are considered "Pariahs", for we are called "Mutants". Created. Yet our Pedigree runs true, royalty in our own "ranks". We seem to have feelings non….yet our minds are our best weapons. If Fate chooses a champion for my purported soul? Then I shall consider myself fortunate indeed, for as long as I have breath within me.

Yara was born to the Sorcerer . Mandeville de Cistrine. He was known through legend and lore as “Devil” instead of the fullness of his later first name “deville”. Feared, and with innumerable powers and specialties, he was sought after by most Kingdoms as a source of greatness and stature…or? Hunted by Assassins, mere folly for him…due to his abilities and vow, that HE would choose to whom and where he’d serve. The female that bore him his only daughter, though he had sons, considered bastards, as he’d have not…to do with them nor claim them. Yet a daughter? He had little use for her mother, a fair maiden that he “enchanted” for a time of sensual explorations, so she was sent to a Convent, in a distant land. Maldavia. The babe? He bestowed her almost every power he so could afford himself to arrogantly part with. A handsome yet condescending and cruel Man, he could be. Sorcerer. Mage. Devil.

Yara de Cistrine, was left at Kaer Morhen, the Witcher training school, by her Father, shortly after being born. There, she went through training and was made into a witcher through the Trial of Grasses, where young boys and girls are subject to mutations that will make them stronger and faster in order to better combat monsters.Stealth, agility, magic, mayhem, powers that grant abilities, as well as those gifted her by her purported Father, Mandeville. As a babe, she’d remember him not, yet he insured she saw his face, knew him as “Mann”, in her sweet mind’s eye….when she slept, dreamed, and so forth. Only three out of ten boys and girls survive the process, but Yara was notable for having a remarkable tolerance to the process, which caused her to be further experimented upon and given even more mutations. This is what turned her beautiful lengthy hair white.(Though she keeps it braided and long)

She utilizes spells and potions that heighten her abilities and mutations, as a Hunter and Witcher. She has mastery of the elements or certain ones. Water, fire, air, and so forth. She has the ability to heal quickly and uses meditation and verbal/mental incantations to disable and combat her enemies.

She travels her world as well as many different dimensions and planes of existence. She can be a great ally or formidable opponent. 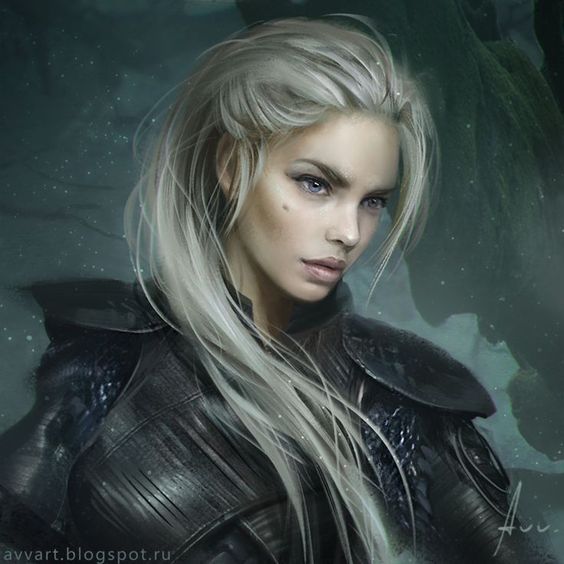 Meditation was the key in her moments of clarity, duty, holding to her own codes and honor. Now with a history as long as the span of one’s life…she finds herself with the unusual aura of making friend, this far she trusted only Cu’ Chulainn and Dome, but there was one other whom piqued her interests in this strange and eclectic world/realm. There was a need for balance, rules, and Yara Isabella de Cistrine, held closely to the daily rituals she upheld. A continual progression of her abilities, gifts, agility, strength, stealth, and workouts or matches/spars to keep her core ready….. 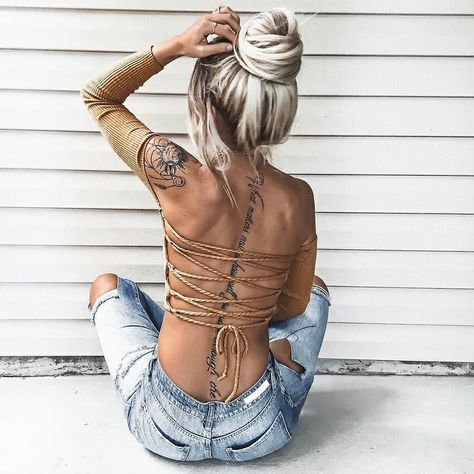 There are two primary sword slots:

An Armor slot (over main torso)

Heavy weapon slot (next to right boot), which can also hold a second steel sword

Two Ring slots (at the end of each hand)

Up to three Quickslots (to the right of her head)

a satchel in which you can merely place smaller odds and ends like potion ingredients, food, drinks, books, scrolls, etc… and also just a limited number of these items, though that limit is reasonably large. The inventory is divided up in general sections each consisting of small compartments, or slots in which a single item can be stored.The satchel carries a variety of materials, as well as an alchemy sack ( In which she is adept at using )

The satchel is now divided into three sub-compartments (there were four), each has 14 slots, for a total of 42 slots. There is also a sort button to the left now to sort like items. It holds:

My own. There is rare a time I share that which makes me who and what I am, and conceals that which I have done. Hired to do so, or not. 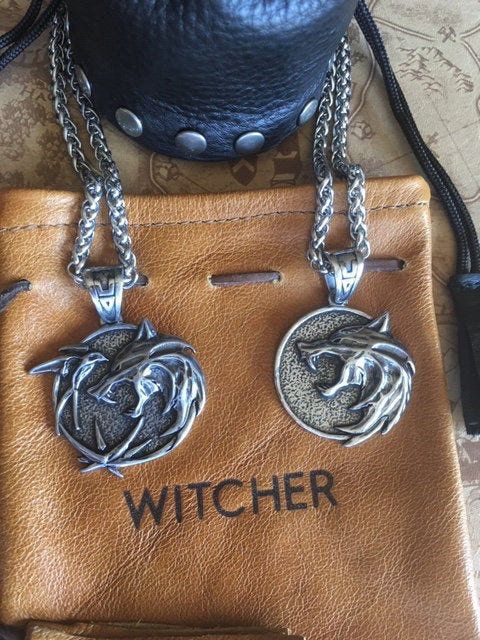 there is a fine balance between good and evil, gentility and wickedness. I walk that line, and play both sides when needed. Yet more often than not? Surprisingly I am the angel that watches over you. I WILL find that which I seek. It compels me. Both the journey and the destination, and the story that is woven like fine tapestry, in between.