active 6 hours, 51 minutes ago
I will cover and hide the part of my heart that wants to cry and scream. ~Yuki View 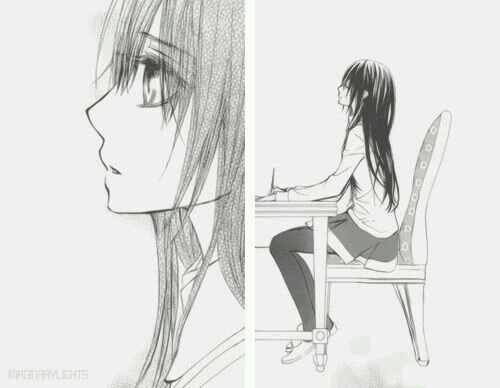 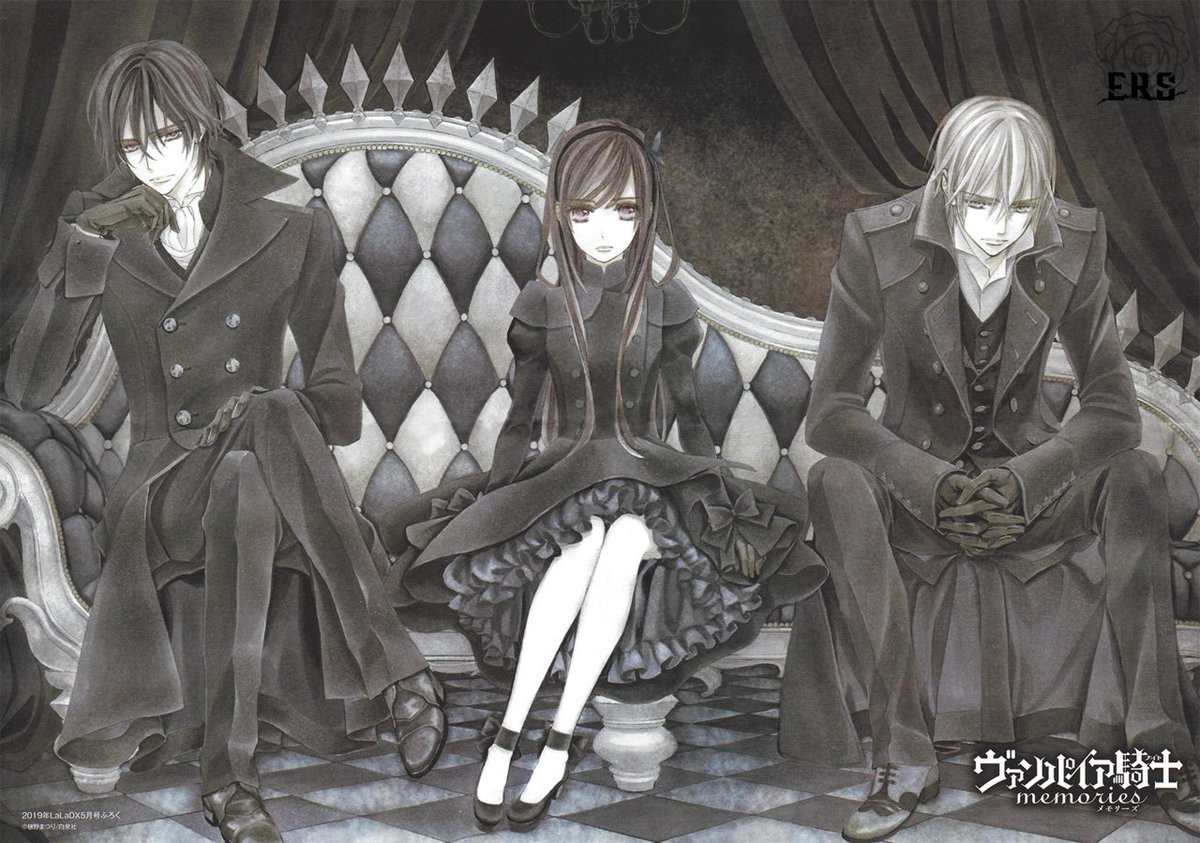 Yuki was five years old when Rido Kuran attacked the Kuran Family household seeking to take her away. In order to protect her, her mother, Juri, sacrificed herself to seal Yuki’s vampire nature and erases Yuki’s memory. Yuki’s first memory was that of Kaname saving her from a Level E Vampire who tried to devour her while being alone on a snowy day. She grew up as a human in the care of Kaien Cross, who adopted her. Despite no longer remembering Kaname and their past relationship, he stayed as an important figure in Yuki’s life, becoming her much beloved savior whose visits she always looked forward to, eventually leading Yuki to develop romantic feelings for him.

Despite having her memories sealed, Yuki experienced constant nightmares as a child, a problem which continued nightly until Zero Kiryu joined the Cross household. As a result, Yuki formed a strong bond towards him. She found comfort in helping Zero with his personal nightmares and unofficially appointed herself as his guardian, entering his room to check on him and always made sure he slept soundly and constantly worried about his well being. Shortly after Zero’s arrival, another change occurred between Yuki and Kaname’s relationship. The closeness they once shared was lost after she witnessed Kaname feeding blood off from a noble vampire, Ruka Souen, an act which frightened Yuki and reminded her of the difference between humans and vampires. Now keenly aware of the futility of her feelings, Yuki chose to distance herself from Kaname. Keeping her affections hidden away from him, though her longing and admiration for him still remained. As Yuki grows, wanting to know her past in order to move forward, Yuki found the courage to confront Kaname persistently about her past and her existence. In the end, she did not get any answers which, and she decides to remember on her own. This however, caused her to evoke horrifying images of a blood-stained room. In the end, Yuki’s actions left Kaname with no other options available, but to reawaken her vampire self.

For those four years Yuki seemed to have dropped the face of the earth, she was really asleep, so she thought. Her subconsciousness self went to sleep when something very stressful or tragic happens. That’s when her other side comes to play. She knows every thought, every feeling, every touch Yuki has been through. DY also likes Lynch. Yuki does things to make others happy, even if it doesn’t make her happy, while DY does things that would make herself and Yuki some what happy, or so she thinks. She’s straight forward, aggressive, a tease or straight to the point. When she plays, she plays whatever game she wants, whether it’s dark, or just a normal game. She thinks she was made to make Yuki happy, and to give her what she really wants, do now think later, no consequences. Yuki doesn’t seem to mind DY unless she does something really unpleasant, like hurting someone she knows or someone she cares for. Most of the time Yuki is away, unless she wants to hide, or run away when she can’t seem to win or to stressed. DY is normally forced to go back when Yuki wakes or wants to be in control of her own body again.

Yuki is a petite and slender girl with shoulder-length chestnut brown hair that has a red/dark brown hue color and big brown eyes that is fringed with red. She wears the trademark black uniform of the Day Class with a white armband carrying the mark of a red rose, signifying her position as a member of the Disciplinary Committee. Additionally under her skirt, attached to her left thigh, Yuki carries an anti-vampire weapon: the Artemis Rod. 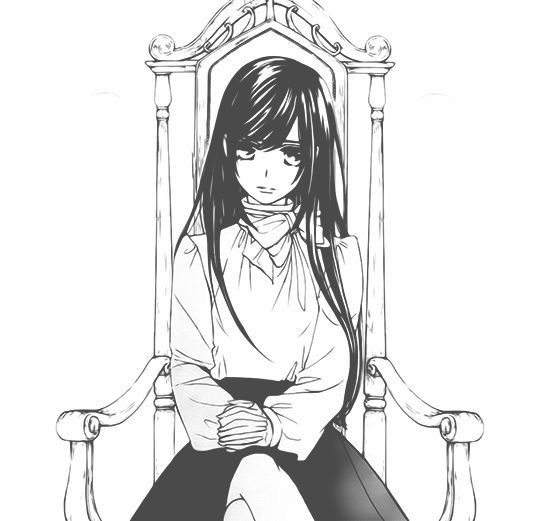 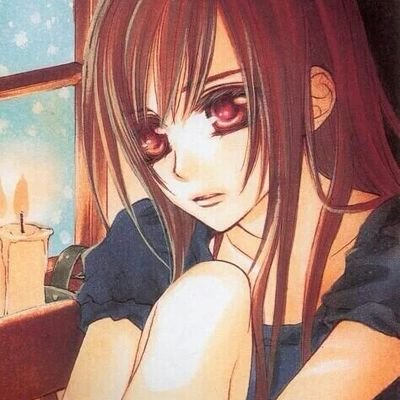 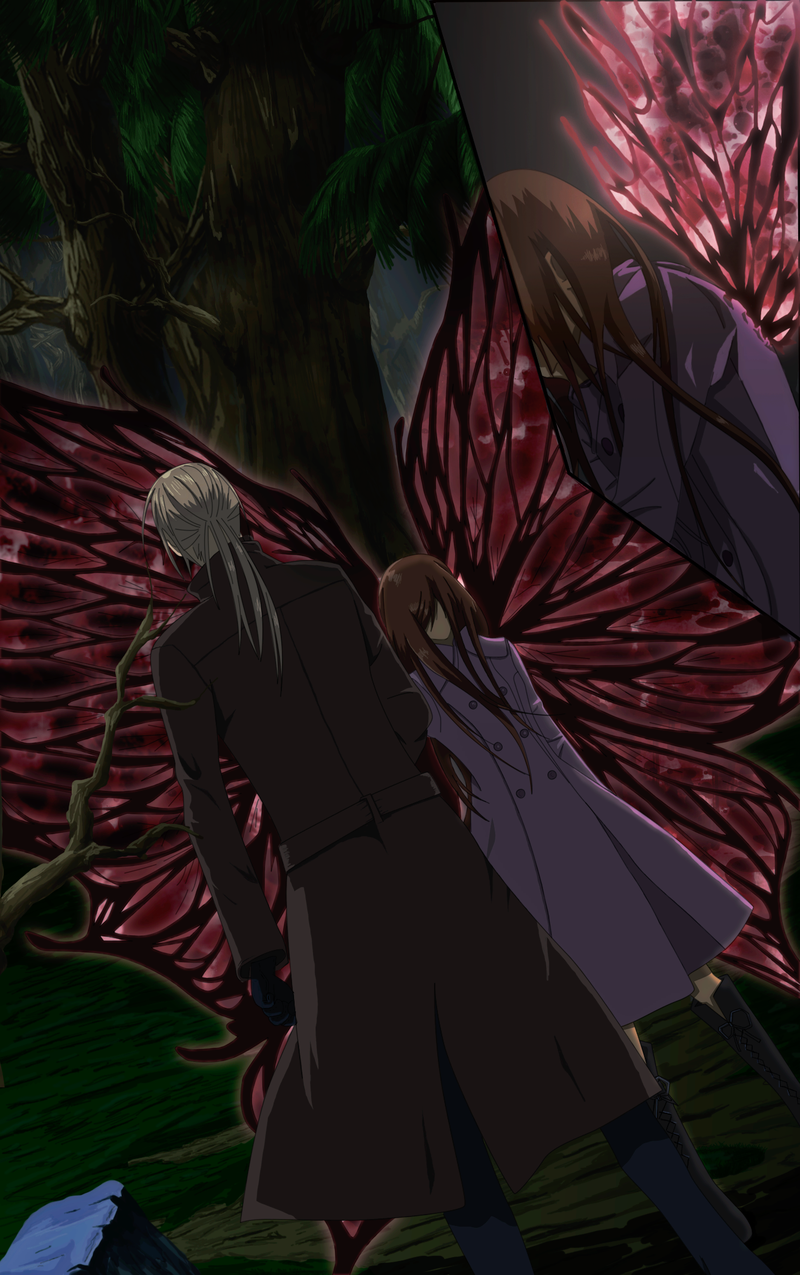 (Headmaster Cross and myself)

Like all Pureblood vampires, Yuki has immortality and the ability to heal from anything excluding anti-vampire weapon wounds to the heart or head. Yuki has demonstrated the following abilities, though most of her abilities are instinctual and uncontrolled:

Yuki is capable of telekinesis and wielding the Artemis Rod despite it being an anti-vampire weapon, as demonstrated during the Battle of Cross Academy when she used it to help Zero Kiryu control his power by cutting him in the shoulder, a wound he received when Ichiru shot him with the Bloody Rose, and severely wounding her uncle, Rido Kuran, to the point of collapse.

Yuki’s weapon is Artemis throughout the series. Artemis is an anti-vampire weapon given to her by Kaien Cross after she assumes her role as the school’s guardian. During her lifetime, Juri Kuran was also able to wield the Artemis just like her daughter. Artemis’ appearance looks like a harmless plain metal rod that can extend longer when force is applied. However, it can hurt any vampire just by a touch.

She has also offered the service to remaining Purebloods to take their life if they no longer wish to live in 57th Night.

In 41st Night, it is seen that Artemis transformed, just like its wielder. After Yuki was reawakened as a Pureblood vampire, the appearance of Artemis completely changed. Artemis had features of a vampire and looks very much like a vampire itself. A blade resembling those of a vampire’s fang, tearing flesh on the fang (showing its blood lust), a rod made out of bones and additional touch of bat wing designs on the back. All these features makes Artemis look like the most intimidating weapon out of all the other anti-vampire weapons. Even though Yuki is now a vampire herself, Artemis retains its ability just like before, making it her ultimate weapon against vampires.

Artemis was born from a Pureblood, The Hooded Woman, who sacrificed her heart to the furnace to give life to anti-vampire weapons for humanity to fend themselves off from vampires with bad intentions 10,000 years ago. Artemis and Bloody Rose were originally Kaname Kuran‘s personal weapons before he gave them to Kaien Cross to be in charge of. They were later passed on to Yuki and Zero respectively when they became the school guardians.

In what I believe