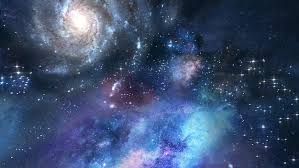 Hellifyno is a world that has played a part in many galactic, universal, and multiversal events. It is a place of incredible power, and yet, since the great re-awakening nearly a thousand years ago, the populations of this world have remained relegated largely to the planet itself. Our solar system, while rich with wonder, is devoid of civilization.

In the wake of the temporary loss of magic, the uncovered plans of the Olde Watch anti magicalists, and the necessity for a better orbital defense, the major cities of Hellifyno have all come together to fund a colonization mission! Create a cantina on the sun, build a base on the moon, or find the farthest asteroid and start your empire. Ships, materials, and funding will all be made readily available to anyone willing to venture out, into spppaaccceeeeeee!!!

The event will begin with a state planet sponsored tour of the Hellifyno solar system, followed by a grand race in which everyone will be provided with resources to claim up to 25 miles of land anywhere in the solar system and develop it into anything that doesn’t threaten the world.

Get ready, because the landscape of Hellifyno is about to get much much bigger!

OOC: The tour event introducing everyone to the Hellifyno solar system will take place Friday evening at 7 PM EST. After that there will be a 48 hour period where space can be claimed officially via contributing to a Location thread. After that colonies and properties can still be established and space can still be developed, but official funding will end, and we can’t guarantee DM’s will continue to help in the development.