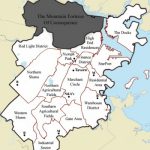 The Great Democratic Experiment of Consequence