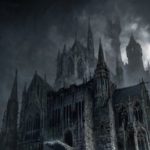 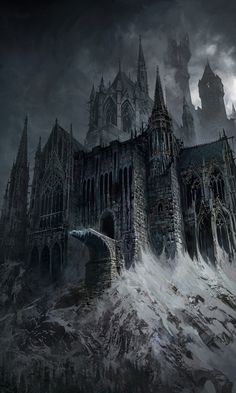 Desolare Tsillah is a dark realm of it’s own, only a powerful mage could break into the dark void, unless given permission to enter. At the center rests a dark crystal-like fortress that’s spire shaped top pierces the sky. This fortress was once the one that Creb’aidin prisoner at a time of peace. The dark magic coursing through the dark elf changed the once beautiful castle to the evil state that is now lies. The inside now a hollowed out cavern. Stalagmites and stalactites of dark shades filled its many halls, rooms, intricacy, all the way to its depths. A dungeon rests beneath the hollowed crypts of the castle. At a time in life, it was a fiery chamber, holding very dangerous prisoners. One would be considered trapped in the depths of this realm if they were to be left without exit. The realm is around 10 miles wide, with the castle at the center. A violet crystal wall surrounds the castle with a large archway leading to the front, empty of a gate as it had rotted long ago. The castle and fortress was dormant for a thousand years whilst Creb’aidin slumbered as a molten statue in the dungeon crypt. After the dark elf had awakened, he called his prison home. Using his black magic, he created his own realm, taking the castle and ripping it away from the natural world, using the void as a new home to place it. The grounds surrounding the castle is scattered with dead trees. A thick ash covers the ground, embers skipping across it occasionally.