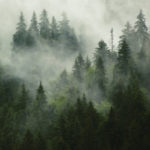 Draydale a forest filled with mystery and sitting in the outreaches of ones imagination. It’s said once you enter the hidden forest, it’s reality changes, you only enter when you’re called upon. Like the magic within the forest and it’s keeper, Bathsheba. It can be cruel, filled with creatures of your worst nightmares or a place of paradise. Deep within it’s heart stays a quaint Tavern, where Bathsheba and a Goat-headed Barkeep named, Sal, stay. A powerful keeper of Tavern and a loyal servant to Bathsheba he can be hospitable, depending on you.

This topic has 0 replies, 1 voice, and was last updated 1 month, 1 week ago by