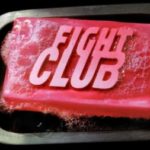 Welcome to the Fight club.

This topic has 18 replies, 2 voices, and was last updated 4 months, 2 weeks ago by