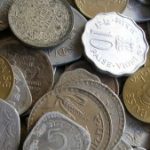 A bustling sea and star port that acts as the financial center of the planet. Olde Watch features ancient architecture, a diverse and mottled mix of species, and the planet’s largest open marketplace.

A bustling sea and star port that acts as the financial center of the planet Hellifyno, Olde Watch is a modern city with an ancient history, a dichotomy which can be seen in the blend of architectural styles that highlight the metropolis.

Olde Watch is dominated by the harbor, a protected landmark that has been enchanted and geomanced to create the perfect conditions for ships of every size to dock. This natural and enchanted feature has been a major factor in the cities development through the centuries, lending it a sense of mercantile vigor that is unique to the planet.

Complimenting the harbor is the open air market, the planet’s largest, which is comprised of a diverse array of exotic wares being offered by merchants hailing from every corner of the universe. An equally bustling black market also operates under the cover of the more public offerings.

The population of Olde Watch is a mixed catalog of creatures, with humans making up a predominant 75% of the citizens of the city. However the mercantile nature of this place ensures that it is frequented by beings from every corner of the universe, and multiverse, making for a vigorous and active metropolis that is full of life, unlife, energy, and action.