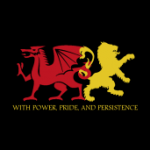 The Map of Palisade and the City of Persistence.

This topic has 1 reply, 2 voices, and was last updated 2 years ago by

Zoey Tompkins, but also others..