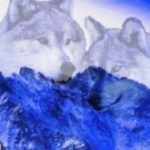 A world of wonder, magical, and mystical. Solishia sits in the middle of an ocean, no one knows where this spot is exactly since it has formed not too long ago. Solishia is a shifter paradise. For every shifter of every flavor remains on their own island. You could say that Solishia is an Archipelago! A cluster of islands. The main island, the largest has plenty of mountain ranges, cliffs, lots of green luscious grass forming forests to a wood-like area. This is home to the canine shifters who are born of canine. In one area, the wolf shifters born to a particular pack in a forest known as Wilaco Forests, home to the wolf shifters of every kind, and those without a pack live off to the darker section of the forest there. Plenty of trees, lots of room to run in, and hunt. Other canine shifters live there as well. More shifters such as the dragon shifters live on an island among the mythical shifters, there are more, be sure to check out shifters and their locations within Solishia Isles.