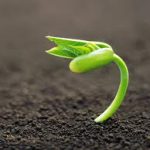 Land of plenty, this fertile suburb grown city supplies the majority of the mortal foodstuffs that are consumed on Hellifyno. This is produced by the rich and bounteous fields that are worked by human, halfling, and other low and non magical beings.

Sprout was once a suburb town that existed near the major city of Aark, breadbasket of Hellifyno. When the Great Golden Plague started to ravage the southern land of the Northern Continent, Aark was destroyed, and the refugees fled to Sprout. There, the MoP HaIrEd Boy created a barrier of FaE magic using a ThINgaMAJIg to hold back the yellow death.

Now Sprout has become the center of aid and assistance to the peoples devastated by the plague, as well as a center for research into ways to cure this planetary ailment. However, with the former prosperous farm lands now withered to dust, food is scarce, and the small space teems with the multitudes effected, leaving this stalwart location in a precarious and ever worsening position.