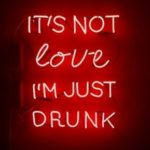 The Western District of Consequence known for its criminal fringe dwellers, purveyors of flesh, dealers of disaster and merchants of the good time. A city within a city and significant driver of Consequence’s economy as a whole. Seedy. Violent. Lawless.

This topic has 0 replies, 1 voice, and was last updated 1 month, 2 weeks ago by