Home A Choice Made in Hell

A Choice Made in Hell 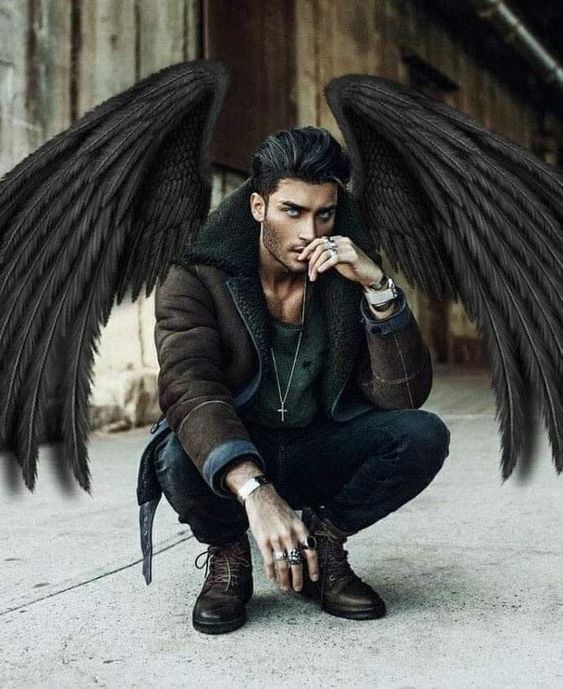 Eva left the Tavern, Kalm’s words echoing throughout her mind and it drove her to distraction. So much so, she nearly missed the summons. With a curse in Enochian, she willed her hellfire to take her to him. She had been dreading this meeting and now it was here and she was no closer to having any fucking idea what to say. However, that did not stop time. She found herself snagged by His flames and did not fight it. Eva knew she could best him, no one could force her where she did not want to go. Not like this. But, to fight Lucifer was not always a wise idea.

She found herself in his private rooms, a surprise perhaps but not the first time she had been there. It seemed to be empty at the moment but the girl prowled the lush, extravagant room and chuckled to herself, her fingers trailing lightly over the multitude of pillows that plagued the very very large bed. Shaking her head, she knew far more about what went on here than she would have liked but there was little she could do about that to change it, so it was pushed aside. A few moments later, she knew she was not alone though there was no sound, no change in scent or air. “Hello Luci.” Eva whispered softly before turning to face the male.

He was taller than she by but a couple inches, his eyes a shocking pure blue. His skin was darker than hers, looking like he had seen some sun but she knew it was simply his colouring. His black hair was neatly styled and those black feathered wings, so much like her own, were on display. He was dressed in leather and denim, much like her as well. There had been a time when beings had tried to suggest that Eva was the lovechild of Uriel and Lucifer, having nothing to do with Vergil at all. It had been silenced quickly by Luci, Uriel and Vergil, strangely.

Luci moved closer, his hand rose to touch just under her chin, raising it slightly as he met her eyes, his face betraying nothing of his thoughts. “You know, you are stunning in this form but I much prefer your melded one. You should wear that more.” He whispered.

“Why? Because I look like my mother?” She snorted, smirking at him.

“No, because it is closer to the truth than your others. Eva, you are trying too hard to be a Demon. Just because you have chosen to dwell here does not make you one. Your Angelic form is flawed as well because you are not that either. You are something else entirely and you should be confident in your true skin.”

“It drains me to maintain it.” Eva reminded him, folding her arms over her chest as she stared him down. “You know that is why I don’t always wear it.”

“Ah, but you were drained by this one at the start, and your Angelic when you first had it. It takes time Eva, time to grow.” Luci whispered as he closed the distance and his eyes bore into his.

Eva could feel that pull, that draw in his eyes. Those blue irises were endless and promised so damn much that she could barely draw breath. The worst part was she knew he would deliver if she would just say yes. Shaking her head, she took a step back and smiled. “The answer is still no, Luci. I do care about you, you know that, but knowing that you love her… I can not.” There were more reasons than that of course but it was the one he would not argue against.

His hand fell away from her face and he nodded before moving to sprawl over his bed amongst the pillows. Eva hid her smile and remained standing. “I needed to speak to you. There have been-”

“Complaints, I know.” Eva interrupted and was pleased to see the flash of anger in his eyes. She loved to get under his skin as he did hers. “Xalrokon is still pissed he failed.”

“Xalrokon wants you delivered to him.” Luci countered with a smirk. “He wants you as his possession and when I said I could not force you of all people to go against their will, he made a demand and unfortunately, he has a point. When you had stayed here with your father, you were no threat. You held no power, if Vergil had been slain, you would not have taken command, Cyprian would have. But now… Now you have shuffled the power structure here and Eva, you have fucked up.”

“By taking a lover, I fucked up?” She asked, laughing.

“No, but taking a Demon lover and then your father granting him standing, power, and an army is the fuck up. Now Xalrokon says you are a threat to the rest of them and let’s face it Eva, you are. Your mother is the Scourge of our kind and how many of us, of them, have you slain?” He leaned back against the pillows, his eyes boring into hers.

“I have not joined any of the feuds. I only protect mine. If they attack our home, we will stand our ground. I will not go seeking fights.” Eva insisted, a touch of fire in her words.

“I believe you, but they do not and he is not alone in his words. Many others fear you, Nephalem. None have seen your full power unleashed, they have not faced your melded self. I have. I know the damage you could do. So, because of the choices you and yours made, I have little choice.” Rising smoothly to his feet, he moved away from her, his back presented as he spoke. “You have one week to make the choice. Heaven or Hell, Angels or Demons.” He did not face her as he spoke. “Now, go and consider your future.” With a wave of his hand, he cast her from his personal lands in a flash of Hellish fires. While she could have fought, tried to remain, it would have been a battle one that she was not sure she would win.